Romee Khan to Perform in India 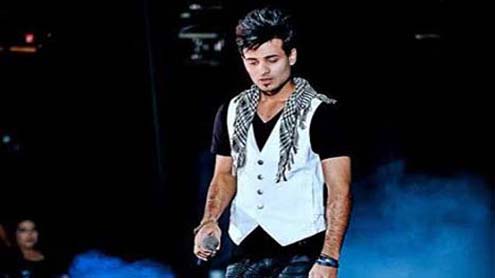 Texan of Pakistani dissent and local musical talent Romee Khan will be performing at numbers of music concerts in India.

The first concert is planned to be on 7th of June in Ahmadabad after which several cities will host Romee Khan for his magical performance. Romee Khan started his music career at a young age of nine years. His music album recently released with a song “Tou yeh janey na” has attained special fame after which the famous music promoter Kirishina Singh contacted him and invited him to perform in India. They signed contract for the series of performance in India.

Talking to Jang/ Geo representative, Romee Khan expressed his gratitude for the honor bestowed in him and the opportunity to perform in front of Indian audience. He said that you can see the modernism and eastern color very dominant in his music and this is why his music is getting so popular in youth. He said that his father Mr. Sharif Uddin and his mother will go along with him to India for his first concert in Ahmadabad. -Thenews