by sohail
in Featured, Weird News
0 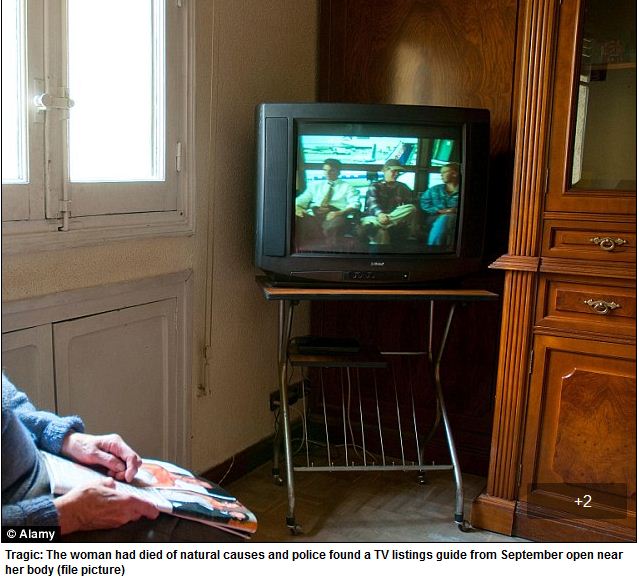 The 66-year old German Lady who died more than six months ago was found dramatically, in front of Television set that was still on. It also proof that there is no load Shedding in Germany.the Frankfurter Neue Presse newspaper reported on Tuesday.

The woman, in the town of Oberursel near Frankfurt, died of natural causes in a nightgown while watching TV. There was a program guide from September nearby, the newspaper said, describing the body as “partially mummified”.

Police said residents in the 30-apartment block had noticed an unpleasant smell in the staircase but no one had informed the authorities. The landlord opened the apartment after noticing the her mailbox jammed with uncollected letters. Source: -TimesOfPakistan.pk