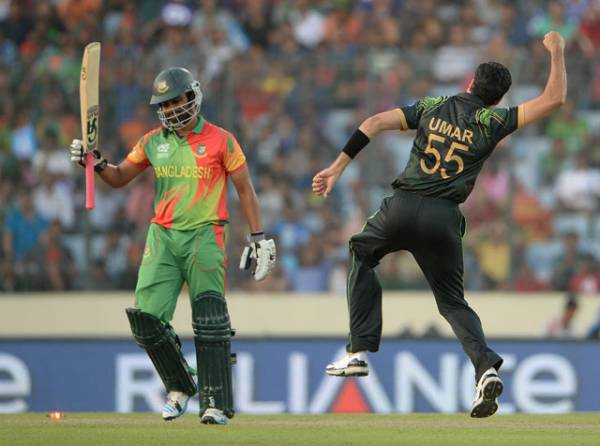 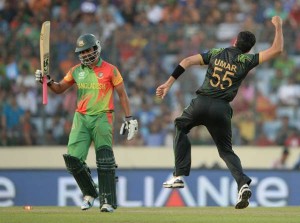 Pakistan beat Bangladesh by 50 runs in T-20 World Cup match at Mirpur town of Dhaka on Sunday. Earlier, maiden century by opener Ahmed Shehzad helped Pakistan set 191-run target for Bangladesh. Shehzad amde 111 from 62 balls with the help of 10 boundaries and five towering sixes. Afridi made quick 22 from just 9 balls. Pakistan had won the toss and elected to bat first. Pakistan lost a match against India and defeated Australia in the tournament so far.