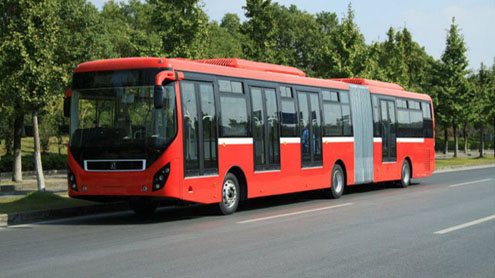 Five construction companies and four joint ventures have pre-qualified for the construction of the 14.6 kilometer long Islamabad portion of the Metro Bus Project. The Rawalpindi Development Authority (RDA) has scrutinised the documents submitted by more than 20 firms. The individual firms that have pre-qualified are Frontier Works Organisation (FWO), National Logistics Cell (NLC), Habib Constructions, Zahid Khan and Brothers (ZKB), and Maksons. The joint ventures are: Mal-Calsons, Lemac-Reliable from Turkey, CEW-Sarwar from China, and China Railway First Group- HRL- Metra com.

Among them, NLC, ZKB and the Turkish joint venture have already gotten the contract for the 8.9 kilometer long elevated road construction in Rawalpindi section of the project. However, the project director and Commissioner Zahid Saeed said that the companies who got the contract for the Rawalpindi section can submit their bids for the Islamabad section also. “The bid’s documents will be provided to these companies after the administrative approval for the project from the Capital Development Authority (CDA) and the Planning Commission for the Islamabad section, on Thursday,” said Commissioner Zahid Saeed, adding that the bidding will be held on April 4.

He said that the work on the Rawalpindi section has started informally, as the contractors have mobilized their machinery and minor work has started. However, he said that formal work order for the construction would be issued today. Prime Minister Nawaz Sharif unveiled the plaque for the ground breaking of the construction work for the Rs44.21 project for the twin cities of Rawalpindi and Islamabad.

The route of the Metro Bus Service will start from the Flashman Hotel Chowk and will end at Pakistan Secretariat, covering a total distance of 23.2 km, passing through the Murree Road. From Faizabad in Rawalpindi, the metro bus will ply on the IJP Road, on to the 9th Avenue and then the Jinnah Avenue and culminate near the Pakistan Secretariat. The track will also have 24 modern stations for the passengers. Of these, 10 will be on the Murree Road, while 14 will be in Islamabad. The formal work for the project will start on March 27. -Dawn