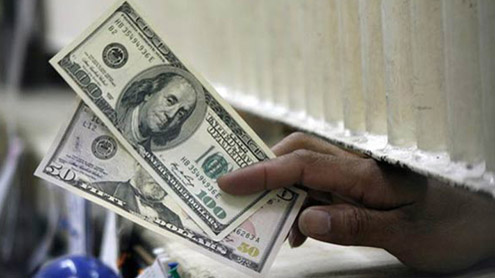 The rupee again gained value against the dollar on Monday, after having lost some of it on Thursday and Friday last week. The dollar has devalued to Rs98.92 in the inter-bank market buying, while its selling rate is Rs99.10. The greenback’s open market buying and selling rates are Rs99.65 and Rs100.20 respectively. Dawn News quoted financial analysts as saying that in order to stability the rupee, the State Bank of Pakistan (SBP) on Saturday did not change its key policy rate and maintained it at 10pc for two months, as announced in the bank’s new monetary policy statement.

Therefore, today’s revaluation of the rupee can be attributed to the effects caused due to the central bank’s latest monetary policy, the analysts said. According to sources in the banking sector, there has been no increase in the demand for the dollar by importers. This has, therefore, resulted in the strengthening of the rupee. The government, has however, directed the central bank to ensure that the dollar remains available in the open market in order to quell speculations. Dwan