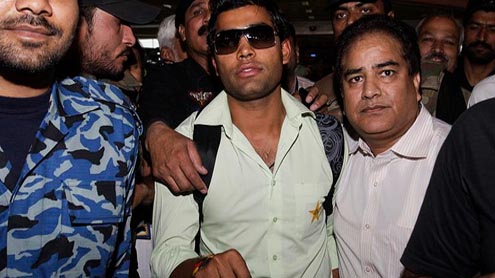 A local sessions court on Thursday issued the arrest warrant for Pakistan cricketer Umar Akmal for violating traffic rules and scuffling with a traffic warden.Also today, the court ordered that following his arrest, Umar Akmal be produced before it on March 11. The court had summoned Akmal over the dispute with the traffic warden. Currently, Akmal is in Bangladesh as part of the team playing in the Asia Cup tournament.

Earlier on Feb 1, Umar Akmal was arrested after police said he did not stop at a traffic signal in Lahore’s Firdous market area and later brawled with a traffic warden. He was detained the same day and released a day later on a bail order issued by a local court against a surety bond of Rs100,000. Umar has denied the charges, claiming he had been assaulted by the traffic warden first. Dwan