by sohail
in Featured
0 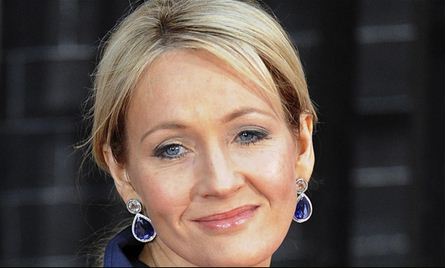 LONDON: Harry Potter author J. K. Rowling will publish her second crime novel in June, it was revealed Monday, under the pen name of Robert Galbraith.

“The Silkworm”, to be published on June 19, will be a follow-up to “The Cuckoo´s Calling”, which Rowling wrote using the Galbraith pseudonym.

“Robert Galbraith´s second Cormoran Strike Novel THE SILKWORM to be published 19/06/14,” the author´s alter ego said in only a third-ever tweet, with a link to Galbraith´s website.

The new novel follows private detective Cormoran Strike in another adventure with his assistant Robin Ellacott.This time they try to unravel the death of writer Owen Quine after first being called in to probe his disappearance.

The investigators uncover a manuscript in which many of Quine´s associates are portrayed unflatteringly — which would have ruined their lives if published and could prove to be a motive for a killer.The first book, which saw Strike investigate a model´s suicide, was published in April 2013, to critical acclaim.

Two television companies had expressed an interest in adapting the novel. Sales were low, but when Rowling was outed by a newspaper in July, they rose an astonishing 41,000 percent in a week.

The lawyer who blew Rowling´s cover was fined £1,000 (1,220 euros, $1,670) for breaching the privacy rules of his profession. Chris Gossage confided in his wife´s best friend that Rowling had written “The Cuckoo´s Calling” under the Galbraith pseudonym.Gossage was also issued with a written rebuke from the Solicitors Regulation Authority.

Galbraith was originally described by the publisher as a former member of the Royal Military Police who had been working in the civilian security industry for the last decade.

This backstory provided him with “a solid excuse not to appear in public or provide a photograph”, Rowling said.Rowling, 48, said she wrote under a pseudonym because, as one of the world´s most famous authors, she had been yearning to “work without hype or expectation and to receive totally unvarnished feedback”.

Expectations were high after the huge success of the seven Potter books, the best-selling book series in history following the British boy wizard´s adventures through school.

They were made into blockbuster films — the highest-grossing movie series ever — and made Rowling one of the richest women in Britain.Her first novel for adults, “The Casual Vacancy”, was published in 2012 to mixed reviews.

Rowling has a personal fortune worth £560 million ($935 million, 680 million euros), according to The Sunday Times newspaper´s Rich List 2013, making her the 20th richest woman in Britain, ahead of 33rd-placed Queen Elizabeth II with £320 million.

She is to make her screenwriting debut by penning a series of spin-off films set in the magical world of Potter, she announced in September, putting her in line for another huge payday.The news

Musharraf not indicted during court appearance