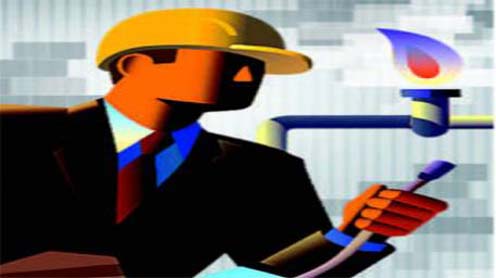 Despite having best incentive regime under the new petroleum policy, only two new companies, Tallahhasse of Canada and Al-Haj Enterprises, a local company, entered into the exploration sector of Pakistan.  The government has provisionally awarded licences for 50 blocks to companies.  Out of a total of 50 blocks the state-owned exploration companies including Oil and Gas Development Company Limited (OGDCL) and Pakistan Petroleum Limited (PPL) won 39 blocks.

The award of 50 blocks to exploration companies would help attract minimum investment of $371 million in oil and gas sector of the country. During a media briefing, Federal Minister for Petroleum Shahid Khaqan Abbasi said that these blocks had been awarded to eight companies which included two new companies-Canadian based Tallahhasse and Al-Haj Enterprises. He said that existing companies had participated in the bidding and ODGCL won 29 blocks, PPL 10, Mari Petroleum Limited one, OMV Pakistan one, Ocean Pakistan Limited one and Oil and Gas Investments Limited two.

Tallahhasse and Al-Haj Enterprises had been awarded one and two exploration blocks, respectively. OGDCL had won 14 whereas PPL four blocks in Balochistan. He maintained that 21 blocks had been located in Balochistan province, Punjab 15, Khyber Pakhtunkhwa eight and Sindh six blocks. He said that total area of these blocks was about 103,348 square kilometres which is around 38 percent of the area already under exploration. “These blocks have been awarded after the consultation process and a unified model of petroleum concession agreement had been framed in this regard,” Abbasi said adding that issues with provinces had been resolved now. He added that these companies will make minimum investment of $371 million in the initial phase. He said that results would start within three years.

Abbasi admitted that participation of foreign companies was not encouraging and the government was working on a plan to form joint ventures with foreign companies to attract investment in oil and gas sector. He said that PPL had already formed joint ventures in Yemen and Iran for exploration activities. He further said that licences of those companies would be cancelled that had failed to start exploration work within the stipulated time and process was underway in this regard.

He maintained that ENI would start work on offshore from next year which required $100 million investment. Responding to activities in Balochistan, Additional Petroleum Secretary Naeem Malik said that drilling work was underway on Zin block in Balochistan. “In some areas, results start coming within one year,” Malik said adding that total size of recoverable reserves would be clear after drilling wells.

About appointment of chief executive officers, the petroleum minister would take over the process of the commission to appoint new heads of oil and gas companies. He said that the Petroleum Ministry had sought legal opinion on the judgements of Lahore and Islamabad high courts on supply of gas to the Compressed Natural Gas sector.