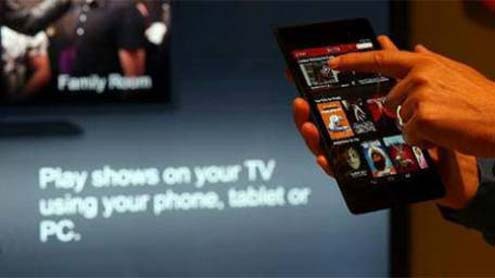 The Google lab behind augmented reality game “Ingress” is teaming with HarperCollins Publishers and top author James Frey for an Internet age adventure in storytelling.

Twentieth Century Fox has picked up the film rights.The project centers on a trilogy by authors James Frey and Nils Johnson-Shelton. The first book, “Endgame: The Calling,” will be published on October 7, according to HarperCollins.

“This is a spectacular story that embodies the future of publishing — great content, interactivity and a multimedia experience,” HarperCollins chief executive Brian Murray said in a statement.
Clues and riddles for solving interactive puzzles will be sprinkled throughout each Endgame book. Gold will be on display in a bulletproof glass case, the key to which can be found by solving the puzzle in the first book in the series, according to HarperCollins.

Claiming of the prize will be streamed live at Google-owned online video venue YouTube.
Endgame will be released simultaneously around the world in more than 30 languages, according to HarperCollins.“We’re doing something really amazing, really new, something readers are going to love,” Frey said.

“The whole project is a dream come true, and as far as I’m concerned, October can’t come soon enough.” Frey is writing the script for the first film, which will be produced by Temple Hill’s Wyck Godfrey and Marty Bowen, producers behind the Twilight Saga series of films.

“Endgame is an innovative omni-platform endeavor, and we at 20th Century Fox are thrilled and committed to work with HarperCollins, and Google Niantic Labs to bring James Frey’s groundbreaking franchise to audiences around the world,” said 20th Century Fox production president Emma Watts.-

Niantic Labs is developing a location-based, augmented reality game that marries video games and the physical world. The game is expected to launch for play on Android and Apple-powered mobile devices late this year.

Six Endgame novellas will be available exclusively at the Google Play store as e-books. “James has a great vision for telling stories in an integrated way across books, film, social media and mobile games,” said Niantic Labs vice president of product John Hanke.“We are delighted to bring our technology and expertise to bear on a project that is helping to define the future of entertainment.”  dailytimes