Govt to sell its shares in OGDCL & PPL 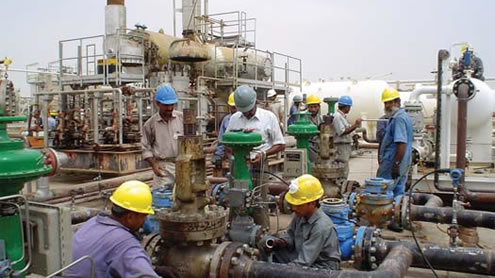 ISLAMABAD: Winding up its two-day meeting, board of the Privatisation Commission approved on Thursday the sale of government shares in the Oil and Gas Development Company Ltd (OGDCL), Pakistan Petroleum Ltd (PPL) and three banks.

The government owns 85 per cent shares in OGDCL, 78 per cent in PPL, 42 per cent in HBL, 20 per cent in UBL, and 10 per cent in ABL. Presiding over the meeting, Minister of State and Chairman of the Privatisation Commission Mohammad Zubair said the government would ensure transparency in the process of divestment. All stakeholders would be taken into confidence and the rights of the employees would be protected fully.

Later, Mr Zubair told Dawn that the government would offer its shares in OGDCL, PPL and HBL for sale in the international market. The disinvestment process would be finalised by the financial advisers concerned based on market considerations.

The board meeting on Thursday was attended by three members — Arsala Khan Hoti, Nasiruddin Ahmad and Zafar Iqbal Sobhani. Privatisation Commission Secretary Amjad Ali Khan was also present. Three board members — Chaudhry Arif Saeed, Farooq Khan and Munir Kamal — did not attend the meeting and their names were not mentioned in the official press release issued afterwards.

On Wednesday the board had approved the sale of 26 per cent shares in the Pakistan International Airlines. It had also allowed initiation of the process for sale of the Heavy Electrical Complex and National Power Construction Company. – Dawn

SP Chaudhry Aslam – A Symbol of Success for Many, Hatred for Others