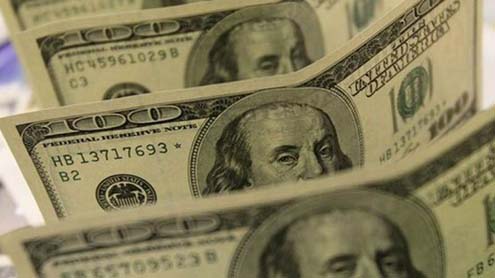 In a circular issued on Friday, banks were advised by the State Bank of Pakistan to supply dollars to their customers (exchange companies). The move impacted the open market but currency dealers said that the supply was still limited. “In order to facilitate the FCY Account holders, it is reiterated that Authorised Dealers should ensure adequate availability of foreign currency notes for meeting the requirements of their customers,” said the SBP circular.

“Authorised Dealers can always replenish their stock either by purchasing them from other Authorised Dealers or by importing them from their overseas branches and correspondents,” it added. Currency dealers said that the increased supply depreciated dollar by 30 to 40 paisa on Monday while also bringing down the demand.

“Banks supplied 10 per cent of what we demand,” said Malik Bostan, Chairman Exchange Companies Association of Pakistan.He said the market demand is between $10 million to $15 million per day and expressed hope that full supply would resume from Tuesday or Wednesday. He said the dollar hoarders will suffer once again, recalling that two months ago the dollar fell down to Rs106 from Rs111.50. Talking to Dawn, a currency dealer in the inter-bank market said that there was no change in market sentiment and the dollar was traded at the same rate as it was on last Friday.

“There is no hope for change in the situation which kept the market under the strong hold of the State Bank,” said Atif Ahmed, a currency dealer in the inter-bank market. He foresaw more appreciation of dollar if the inflows do not increase the foreign exchange reserves of the State Bank which are currently at record low.

Currency experts said that the recent Prime Minister Scheme may help black money holders to buy dollars as there is no restriction to keep dollars in the foreign exchange accounts. However, they said, keeping dollars in banks would not yield better return for them. “Return on dollar deposits are so poor that nobody would like to invest in dollars,” said another currency dealer.

However, he conceded that despite low returns, the devaluation of local currency pays much more to the dollar holders. Meanwhile, dealers opined that once the dollar starts backward movement, hoarders including exporters jump into the market to avoid further losses which helps to bring down the dollar demand as well as the price. -Dawn