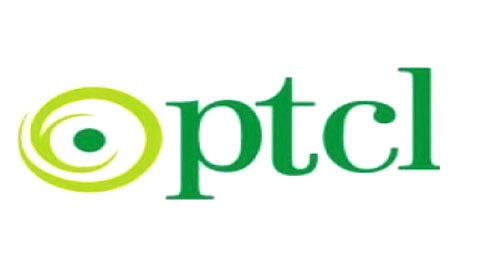 There is something to behold when KSE, one of the worlds leading stock markets this year, is being outdone by a firm whose fortunes were under scrutiny in the not so distant past.

Breaching the target prices suggested by various brokerage houses, the shares of Pakistan Telecommunication Company Limited (KSE: PTC) are selling like hotcakes, surging by over 12 percent in last 3 weeks. Just yesterday, over 48 million PTCL shares were traded on the KSE, the Companys highest single-day turnover so far this year. The stock price has risen by 75 percent since CY13 started. However, the recent flurry in this scrips trading is not without reason. Fundamentals now seem increasingly sanguine for the telecom giant, which is now posting double-digit top line growth and much-improved profit margins.

The Etisalat-managed company has had to work its way through difficult years of organizational restructuring and strategic realignment in a dynamic telecom landscape after 2007. But now, PTCL looks poised as the dominant contender in the gradually opening data market. And that is what can possibly explain the current confidence in the firms prospects, in the light of both ongoing developments and anticipated future events. With the planned Warid acquisition, Ufone (a PTCL subsidiary) will waltz to the top spot in a market of almost 130 million registered cellular users. Yes, according to PTAs stats as of September, the combined subscriptions of Ufone and Warid will beat Mobilinks by roughly a quarter million subscribers.

That will allow the PTCL group to associate a greater value proposition going into the upcoming spectrum auction for next-generation technology, given the lucrative and diverse revenue streams derived from mobile broadband. As per a latest Top line Research report “PTCL may reap additional EPS of Rs0.92-1.29 per share due to increase in Ufones APRUs by 20% after 3G auction.” It must be noted that PTCL is already an established market leader in the wireless and fixed broadband segments. They are behind the Companys revenue resurgence in recent years, with stronger growth expected in coming quarters as the broadband uptake picks up pace. This existing strength and market experience is a tremendous asset for PTCL in its bid for a major chunk of data services of the future. However, its not just the future promise that may have made the scrip so cherished.

The telecom behemoth has slain some ghosts of the past, too. For instance, the voice telephony (landline) business–which was battered in the years following the 2004 telecom deregulation and its impact on mobile substitution and SMS uptake–is said to have revived this year. In addition, PTCLs LDI business is also going strong due to two reasons. One, there has been a great improvement in international incoming call termination charges after the whole ICH episode.

Two, the PTAs recent deployment of sophisticated surveillance equipment has reportedly brought down the grey trafficking incidence, meaning more volume for registered operators, including PTCL the market leader. For PTCL, a lot is riding on the spectrum auction, which the government seems committed to complete by February end next year. It would be interesting to see the extent to which shareholders expectations are met after the local telecom sector enters the era of high speed mobile broadband. -Brecorder