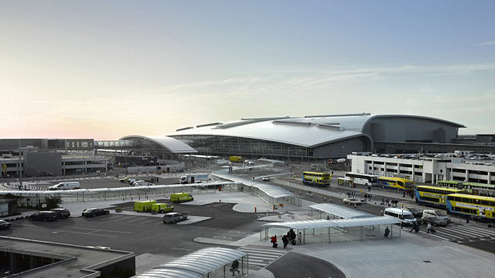 Eight people were injured Sunday when a flight from New York to Dublin was rocked by severe turbulence on the descent into Ireland. An elderly passenger of United Airlines flight 23 was taken to the hospital after the plane landed with a cut to their head, according to Journal.ie. The seven other injured were treated for ‘minor injuries’ by emergency crews who met the plane once it landed.  According to a spokesperson for the airlines, the flight to Dublin ‘encountered severe turbulence during the flight’s descent into Dublin’. The Boeing 757 was carrying 129 passengers and 8 crew members. The eight passengers were injured when the plane experienced a quick drop in altitude.