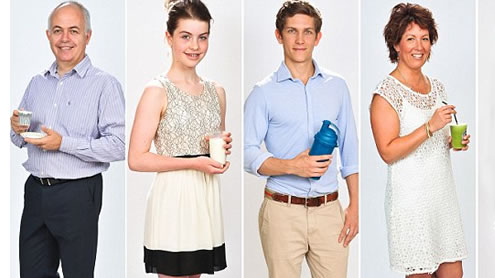 Many people follow a healthy diet and try to watch what they eat, but when it comes to what they drink, they aren’t so careful. Yet the fluids you consume can have as much impact on your health — and your waistline.

A study earlier this year found that having just one can of sugary, fizzy drink a day can increase your risk of developing type 2 diabetes by around a fifth, for example.

Seemingly healthy drinks can be bad for us, too, especially for our teeth. A recent study in the British Dental Journal revealed that some smoothies contain so much acid they are almost twice as harmful to teeth as orange juice. This is down to the combination of juices used, such as highly acidic kiwi and lime juice.

Drinks can also surreptitiously sabotage slimmers’ diets. ‘I see people all the time who say, “I don’t know why I’m not losing weight”,’ says dietitian Lucy Jones, of the British Dietetic Association. ‘But when I look at their diet, it’s clear that although they may not be eating that much, they are drinking ten cups of tea a day with two to three sugars — that’s 300 calories just on the sugar.

‘Many people forget that alcohol has calories, too — a couple of large glasses of red wine can add up to 400 calories, which is nearly a quarter of a woman’s recommended daily calorie intake.’

Even seemingly diet-friendly drinks can pile on the pounds. Some small bottles of flavoured water contain more than 100 calories. Fruit juices are also calorific.

Lucy Jones says: ‘Sweet drinks also stimulate thirst, which may be related to the fact that sugar has an effect on brain chemistry, so the more you drink, the more you want.’

However, not drinking enough can lead to weight gain, too. The Department of Health recommends we drink around 1.2 litres of fluid a day. ‘One of the first symptoms of thirst can be feeling peckish,’ says Lucy Jones. ‘So people who don’t drink enough are more likely to eat more.

‘Being dehydrated by just 2  per cent can affect physical and mental performance, too. It’s possible that some “senior moments” in older people could be due to not being properly hydrated.’

Young people need to drink properly as well. A quarter of teenage girls, for example, are deficient in calcium — found in milk — which is vital for strong bones. But they are consuming less milk and more fizzy drinks — 248ml a day on average, according to the Food Standards Agency. This is twice the amount their mothers drank at the same age.

So how do our drinking habits influence our health? We asked volunteers to record everything they drank in a week. The diaries were then analysed by Lucy Jones, who added up the calories and gave her verdict on what effect the drinks could be having on their bodies…

TEA HABIT PILES ON THE POUNDS

JOHNNY SAYS: I’ve become slightly overweight over the past year (I am 5ft 9in and 12st 11lb). After looking at this, I wonder whether ditching the sugar could help. I’m at home with the kids, so I drink a lot of tea and coffee, mostly in the morning. I tried to give up tea and coffee a couple of years ago but felt dreadful. Clearly, my body has become ‘wired‘ for caffeine.

EXPERT VERDICT: A man needs around 2,500 calories a day, and Johnny is wasting a fifth of this on sugar in his tea. You want as few calories as possible from drinks. He could try one sugar for four weeks, then cut it out. It takes around four weeks to retrain taste buds, so this should be manageable.

His fluid intake on day seven is too low — less than a litre. Also, he should spread his caffeine intake across the day. Having a lot in a short period of time can raise blood pressure and heart rate.

JUICE COULD BE RUINING TEETH

Schoolgirl Poppy George, 13, lives in Southampton with her parents and two brothers.

POPPY SAYS: I’ve always thought the more fruit juice, the better, as it’s healthy. Mum’s never let me have fizzy drinks, so I don’t have the taste for them — but I do like milk. Most of my friends don’t.

Poppy’s mother, Nicola George, 43, adds: ‘I thought fruit juice was healthy. I don’t let my kids have fizzy drinks because I’m concerned about the additives. I buy full-sugar squash but don’t worry too much because my children don’t eat sweets. But since Poppy has done the diary, we have reduced her fruit juice intake.’

EXPERT VERDICT: Young girls often shun milk, thinking it calorific. In fact, girls need three portions of dairy a day for the calcium. Until the age of 25, you have the ability to improve the strength of your bones. After that, you can only limit the damage to them.

However, while her milk intake is good, Poppy is drinking too much juice, and this is not good for her teeth. One glass of juice a day is enough — ideally an orange juice with breakfast cereal. Most cereals are fortified with iron, which many teenage girls lack, and the vitamin C from the juice will boost iron absorption.

PHILIP SAYS: My alcohol intake was unusually high — I usually have one drink a week. I like to keep fit, and have protein shakes as a quick way to fill up afterwards.

EXPERT VERDICT: Many people don’t feel like eating straight after exercise, so a small protein shake can be useful as it helps repair muscle and provides energy. But the body can only utilise 30g of protein — the rest is wasted and has to be processed by the kidneys, which could place extra strain on them.

The amount Philip is having is fine, but he shouldn’t have any more.

The alcohol on day seven is high — six units. Strictly speaking, that’s a ‘binge’. Men should have no more than three to four units a day. If Philip was doing this often, it would be a cause for concern. However, the rest of his alcohol intake is not too bad, and he is having two alcohol-free days which helps his liver recover.

Personal assistant Claire Madams, 41, lives in West Malling, Kent, with her husband Gary, 49, a police officer, and has two children.

CLAIRE SAYS: Since Christmas, I’ve been drinking an awful lot of juice to replace meals so I can lose weight. I skip breakfast and lunch, then eat a large dinner, such as a curry, roast or fish and chips.

I have soya and rice milk smoothies as I am lactose intolerant. I’ve lost around three-quarters of a stone (I’m 5ft 6in and 10st 4lb) but get very hungry by the evening. This diary makes me realise I should consider eating properly.

EXPERT VERDICT: I’m not a fan of Claire’s juice diet. People think juicing is a way to counterbalance a poor diet, but you could even end up deficient in certain nutrients, such as B12, zinc, omega   3, essential fatty acids and iron — so diets such as these can leave people very lethargic.

Plus, when you put fruit or vegetables through a juicer you strip out the fibre. And you expose your teeth to an enormous amount of sugar. Claire’s intake may even place her at risk of type 2 diabetes.

On one day, she has five units of wine. Not only is this a ‘binge’ (women should drink no more than three units a day), but gives her more than 300 calories. The stronger the alcohol, the more dehydrating it is, so a shot of spirit is more dehydrating than a beer, for example.

I’m glad she is having lacto-free milk as many people who think they are lactose intolerant often do without milk altogether. But milk contains many vital nutrients.

MARIAN SAYS: A couple of years ago I was put on thyroxine (which helps control the body’s metabolism) as I have an underactive thyroid gland. Even without this, I can easily put on weight. My BMI is slightly high at 26.5 — it should be between 18 and 25 (I am 5ft 4in and 10st 12lb), so I avoid sugary drinks — but I can’t live without tea and coffee.

EXPERT VERDICT: You want to have as few calories as possible from your drinks, and Marian does that. The only thing she needs to watch is packet soups, as these can be salty. This can be an issue if you’re watching your blood pressure. High salt intake is also linked to gastric cancers.

But she has a good fluid intake. As people get older, especially in their 70s and 80s, their thirst mechanism is not so efficient, so they need to be reminded to keep drinking to avoid dehydration. Otherwise this can lead to confusion and kidney problems. People also become less efficient at absorbing nutrients from food as they get older, so drinks such as fruit juice and milk can be a useful add-on. – Dailymail