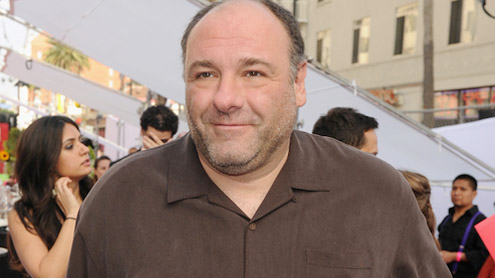 Gandolfini’s death was confirmed by HBO, the US cable network that produced the Sopranos, which said he was on holiday when he died. HBO spokeswoman Mara Mikialian told Reuters that he died of a possible heart attack.The actor first came to prominence playing the mob hitman Virgil in the 1993 film True Romance, written by Quentin Tarantino. But he will be best remembered as troubled gangster Soprano who struggled to juggle his family life and his career as a mafia boss over the show’s six seasons.

Actor Joseph R Gannascoli, who played Vito on The Sopranos paid tribute on Wednesday night. He told website TMZ: “James is one guy who never turned his back on me. He was the most humble and gifted actor and person I have ever worked with … He was a great man and I will forever be indebted to him.”

Gandolfini won several awards for his role in The Sopranos, including both the Primetime Emmy Award for Outstanding Lead Actor in a Drama Series and Screen Actors Guild Award for Outstanding Performance by a Male Actor in a Drama Series. He also appeared in the films Zero Dark Thirty, Get Shorty, The Mexican and In The Loop. At the time of his death Gandolfini had been working on an upcoming new HBO series titled Criminal Justice.HBO declined to elaborate on the series other than to say that it was in development and that Gandolfini was a part of it.

“We’re all in shock and feeling immeasurable sadness at the loss of a beloved member of our family,” the network said in a statement. “He was a special man, a great talent, but more importantly a gentle and loving person who treated everyone, no matter their title or position, with equal respect.”A New Jersey native, Gandolfini worked as a truck driver, bouncer and nightclub manager in New York City before he went to an acting class with a friend and got hooked.”I’d also never been around actors before,” he told Time magazine, “and I said to myself, ‘These people are nuts; this is kind of interesting.'”He is survived by his wife Deborah Lin, who gave birth to the couple’s daughter in October 2012. He also has a teenage son from a previous marriage. – Guardian