PTI factor may give different picture of NA-119 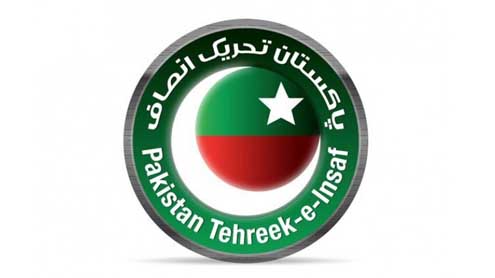 PTI factor may give different picture of NA-119

Lahore:  The NA-119 Lahore is going to present a different picture from the past in the next election after advent of the PTI as a new player in the arena.

Lying in the core of the provincial metropolis, the constituency truly represents the character of Old Lahore, where the inhabitants are closely connected to each other in the localities recognized as galli mohallah, koocha and darwaza.The NA-119 mainly comprises the Walled City, Brandreth Road, Pathi Ground, Circular Road, (external area of) Mochi, Lohari, Bhaatti, Chamra Mandi, Lahore Railways Station, Misri Shah, Sultanpura, Kachupura, Wasanpura, Gorey Shah, Habib Gang and Farooq Ganj, part of Badami Bagh, Fleming Road, Kashmiri Bazaar, Rang Mahal and others. Main castes in these areas are the Kashmiris, Sheikhs, Rajputs, Arians, Kakezia Maliks, Gujjars, and Shais. Majority of the population is related to trade and business.

The constituency is peculiar for providing a major boost to ZA Bhutto in initial period of his political career as most of his fiery speeches were addressed at Mochi Bagh and major support to his party also came from the same area in the 1970 and 1977 elections. However, the situation underwent a diametric change in 1985 non-party based election after which the right wing parties held a sway over this constituency. Since the 1988 elections, this constituency has been a home to the PML-N, where it has never lost.Previously it was mainly NA-96 but in the election 2002 when new delimitations were carried out in accordance with census 2000, the NA-119 was carved out of the parts of NA-95, NA-96 and NA-92. The present subordinate provincial assembly constituencies of NA-119 are PP-141 and PP-142.

In the 2008 elections, the total number of registered voters in this constituency was 280,155 which stands at 292,898 for the May 11 polls.Nawaz Sharif has been a consistent winner in NA-95 since 1985 election till 1997, while his brother Shahbaz Sharif has been winner to the National Assembly membership from NA-96, in the election 1990, 1993 and 1997. Nawaz Sharif also contested for the Punjab Assembly seat from the subordinate constituency of NA-95 in 1985 and 1988 elections and won both times. On both occasions, he became chief minister of Punjab. In the election 1993 and 1997, PML-N fielded Khawaja Riaz Mahmood who emerged winner on a PPP seat.

In 2008, election could not be held in NA-119 due to death of PML-Q candidate Tariq Badaruddin Banday.Later in the by-election, the seat was won uncontested by PML-N leader and son of Shahbaz Sharif, Hamza Shahbaz Sharif, and PP-141 by Mujtaba Shujaur Rahman, son of former Lahore lord mayor Shujaur Rahman.PML-N’s Khawaja Salman Rafiq had contested the election in PP-142 and defeated PPP’s Zamir Ahmad Khokhar and PML-Q’s Muhammad Azeem Hanif. Salman bagged 31,326 votes, Khokar 8,295 and Hamif 3,792.

This time round the scenario is markedly different as with the advent of PTI in the election arena, the PML-N is not going to have victory hands down in NA-119.The PML-N has again fielded Hamza Shahbaz Sharif in NA-119 and PP-142 and from PP-141 it is Mian Mujtaba Shuja Rahman repeating the election. PTI has fielded for the NA seat a youngster Muhammad Khan Madni and Suhail Malik, head of traders’ wing of the party.Madni and Malik are first timers in the election contest. The presence of the supporters and voters of Hamza Shahbaz is quite visible in the constituency yet by no means, one can assess things that easy for him this time as they were in the past.

Unlike the past, the campaign of PPP’s Malik has been quite lackluster, but Madni and his teams of young workers are gradually rising up to put up a good fight with the PML-N on May 11. PPP candidates on PP-141, Shahid Abbas advocate, and Arif Naseem Kashmiri, former UC-28 nazim, also appears not of that leadership stature which the PPP has been fielding in the past.When interacted with the voters of the area, they expressed surprise why the PPP leaders were not so warm to contest the elections. Madni relates to the working class of the PTI, but is gradually making his presence felt to the people in the area. People of the constituency say Madni is winning support of both the PML-N and PPP voters, and hence he will not let N-League win easily this time.

Confronting the question that in the past election PTI candidate failed to make any impression in this constituency, they say things were much different this time.  Despite all that majority of people still say ‘yes’ to the PML-N in NA-119 and its subject PP constituencies as they recognize the services of Shahbaz Sharif in Punjab which run from the mega project of Metro Bus Service to the setting up of a Trauma Centre, Said Mitha Hospital, Girls College, Parks in Mori Gate, laying of new sewerage line and reconstruction of roads, water treatment plants and soling of streets in their constituency as major credit to the PML-N to win this seat.

It is also noteworthy that Hamza Shahbaz is paying due attention to his constituency. His main office has been set up on the main road outside Lahori gate where hundreds of voters and supporters are meeting him. Hamza is also going door to door and holding corner meetings. Mian Muhammad Ali is in-charge of his election campaign for this constituency. PML-N banners, placards and posters appear in large number in the streets and bazaars. With the polling day coming near, the electioneering in this constituency is picking up momentum. – Nation