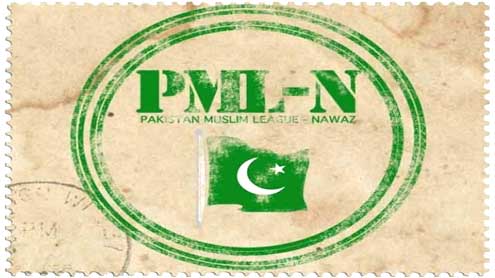 The Pakistan Muslim League-Nawaz on Wednesday cleared names for 13 National Assembly and 25 Punjab Assembly seats of Lahore. Of the 13 candidates for national seats, seven are repeat election contestants.

On the other hand, at least nine candidates, who won from their constituencies in the previous provincial elections, have been replaced in the final list. As per details, PML-N chief and former premier Nawaz Sharif, former Punjab chief minister Shahbaz Sharif and his son Hamza Shahbaz will contest election in the constituencies of NA-120, NA-129 and NA-119, respectively. Neither Nawaz nor Shahbaz contested on any National Assembly seats of Lahore in the 2008 polls, although they had impressive victories in the past. PML-N’s returning candidates for national constituencies include Muhammad Riaz Malik, NA-118; Hamza Shahbaz Sharif, NA-119; Sardar Ayyaz Sadiq, NA-122; Muhammad Pervez Malik, NA-123; Sheikh Rohail Asghar, NA-124; Khawaja Saad Rafique, NA-125; and Muhammad Afzal Khokhar, NA-128. Mehar Ishtiaq Ahmad, who was elected to Punjab Assembly in 2002 and 2008 elections, has been fielded in NA-121 instead of Mian Marghoob Ahmad; former Lahore lord mayor and former Lahore Transport Company chairman Khawaja Ahmad Hassan has been chosen for NA-126 over Umar Sohail Zia Butt; Sohail Shaukat Butt has been pitted against contestants from other parties in NA-130, by and large a rural constituency of Lahore, where PPP’s Samina Khalid Ghurki won the last ballot; former Anarkali nazim Waheed Alam Khan has been handed a ticket for election to NA-127 constituency. Alam is learnt to have been awarded ticket in line with the party’s policy to accommodate workers.

This seat was previously won by advocate Chaudhry Naseer Ahmad Bhutto. Former premier Nawaz Sharif after a period of 17 years will be taking electoral test for NA-120. Bilal Yasin, nephew of Begum Kulsoom Nawaz, had previously bagged this seat, but now he is in for a Punjab Assembly seat. Former Punjab chief minister Shahbaz Sharif will be vying for NA-129 and two provincial constituencies of PA-159 and PA-161.

Ch Akhtar Rasool and Ghulam Habib have joined PML-N defecting from PML-Q and PPP, respectively.Sources say the party cleared the final lists after a detailed analysis of all the aspirants. The party has however dropped a number of previously-elected legislators in view of their poor performance, complaints against them by party workers, lack of contact with party men. Few of them have been dropped out on charges of corruption. Certain others have not been awarded tickets in view of their lackluster star appeal. – Nation

Musharraf on the run after bail cancellation