Slowdown boon: Buy a car and get Another Free 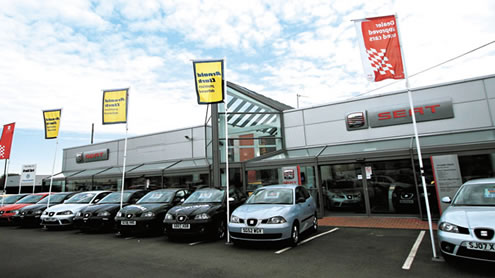 NEW DELHI: This can easily be called the mother of all deals. You surely have heard of ‘buy one, get one free’ offers on purchase of small FMCG products or a shirt or a pair of jeans, but an auto dealer in Gujarat has extended the same to cars — buy a car, and get another absolutely free.

Unbelievable as it may sound, a Skoda dealer is promising to give you a Fabia hatchback free if you buy a Rapid sedan. The catch: you will get the hatchback only after five years — in 2018. The slowdown in car sales is making companies and dealers go on an innovation spree. So you have Volkswagen offering a scheme wherein you can trade in your old car for a new Vento sedan by just paying Re 1 and not paying anything at all for the next one year.

“Pay the rest a year later, in full or as 36 EMIs,” says the company. Volkswagen is also offering another innovative offer on the Vento wherein you pay 50% of the car’s price at the time of purchase, and the remaining after one year. The freebies are not limited only to mainline carmakers. Audi, the German luxury maker, has come out with a new scheme called ‘Beat the Tax Hike’. The scheme, running till March 15, allows you to buy Audi SUVs at “pre-Budget prices” and negates the 3% duty the government slapped on off-roaders in the Budget.

For carmakers and dealers, this year has been the worst year in a decade, which is why, experts say, they are offering packages to lure buyers. “There are dealers who still have last year’s stocks lying with them,” says Pradip Saxena, who tracks the auto sector at research firm TNS.

Saxena says many such schemes can work wonders. “In December 2004, Hyundai had come out with a limited-period offer wherein you could buy a Santro for Rs 3 lakh, or at least 15-20% cheaper than the prices prevailing then. The company is believed to have got bookings for the next five months in just a few weeks.” The deal on the Skoda dealer in Gujarat appears to have helped push sales as it claims to have sold 600 cars since February 26 when it launched the offer. “We had a deluge of inquiries and sales have been strong since then,” Neelmani Sharma, CEO of Torque Auto, told TOI.

So if you buy a petrol Rapid, you are entitled to a petrol Fabia (base version); if it’s a diesel model that you choose, you get a diesel Fabia variant. Torque Auto owns 11 outlets in Gujarat, and claims to have worked out its math that enabled it to give the offer, which is limited to only the state. And what if the Fabia is phased out by that time? “The agreement that we sign with the customer mentions that if the Fabia is not there in the market, we will give the customer another model that replaces Fabia,” Sharma said, adding that the dealer has woven in a “penalty provision” wherein it will pay the customer Rs 3.5 lakh if there is no replacement model available.

Analysts say such offers may continue to rise as the car market is expected to remain weak over the next few months due to high interest rates, dearer petrol prices and an uncertain economy. – Timesofindia