Olive to be cultivated over 1,500 hectare 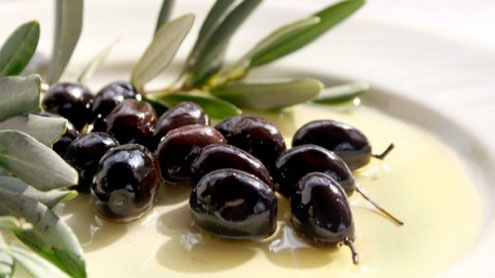 Olive to be cultivated over 1,500 hectare

ISLAMABAD: As many as 1500 hectares of land would be brought under olive cultivation within next three years with an aim to exploit the potential in this particular sector and make the country self-sufficient in olive production.

A three-year project has been launched under the debt swap agreement between Pakistan Agriculture Research Council (PARC) and Italian Government for Promotion of Olive Farming in Pakistan, a official in the Council said. PARC has already identified olive cultivation areas in Khyber Pakhtunkhwa, FATA, Potohar Region (Punjab) and Balochistan and has started work on planting olive trees since March this year. Dr. Mohammad Munir Goraya, Senior Director (Crops) & National Project.Director (Olive Production) said that the PARC has taken all the four provinces onboard for launching the project.

The land being brought under the cultivation under the project would be in addition to that already utilized for the cultivation of olive. The official was of the view that olive cultivation needs fewer resources and marginal lands are needed for its cultivation so it is a lucrative engagement for farmers who can take full advantage of this.

Once established, the olive gardens would start bearing fruit after three years (in 2015), so the Council would set up four olive oil extraction machinery (plants) to facilitate farmers, he said and elaborated that one each big plant would be established in Balochistan and Potohar region while two units would be installed in Khyber Pakhtunkhwa and FATA region.

In addition, mobile oil extracting units would also be arranged that would be used for oil extraction in those areas where farmers have no access to these four oil extracting facilities.He said plantation of the olive plants takes place in March or November of each year adding that the PARC has identified 12 kinds of plants to be planted in these gardens, keeping in view the climatic conditions.

Dr. Munir Goraya said that the Italian government is also interested in launching research project aimed promoting olive cultivation in the country including AJK. A memorandum of Understanding to this effect would be finalized soon under which Pakistan would become member of the regional centre that has been engaged in research activates for promotion of olive.