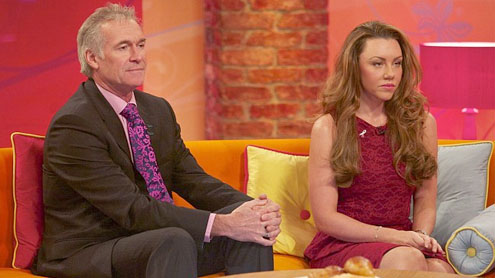 Michelle Heaton has revealed that she has made the tough decision to have a double mastectomy ‘sooner rather than later.’

The 33-year-old star admitted that she has definitely made her mind up about the surgery after discovering that she has an 80 per cent chance of developing breast cancer.Speaking on ITV1’s Lorraine show, the mother-of-one also said that she will have her ovaries removed  – but only after having another child.It was only four months ago that Michelle was diagnosed with a mutated gene called BRCA2, meaning she’s not only at risk of breast cancer but also has a 30 per cent chance of developing ovarian cancer too.

The Liberty X star has consulted a variety of people in order to help her make the heart-breaking decision, including Professor of Oncology Andrew Tutt, plastic surgeon Mr Ash Mosahebi, who is an expert at breast reconstruction, as well as her genetics councillor Dr Alison Male. 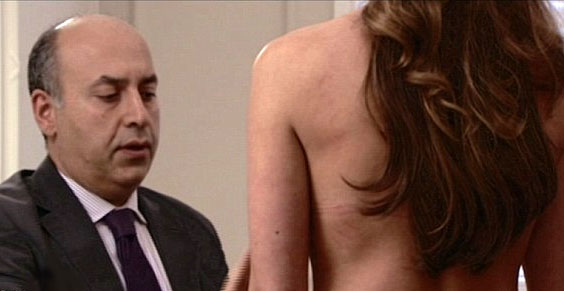 ‘Given the information that the surgeon passed onto me, he’s eliminated skin grafting from my stomach and my thighs because I don’t have enough skin or fat there,’ Michelle explained to Lorraine, while also being joined by Doctor Hilary Jones.’The only two options are skin grafts from my buttocks, or implants. I’ve researched into the buttock skin graft and it sounds pretty horrendous and it comes with a lot of complications, so my only option is implants. So I’m going to go down the route of a double mastectomy and reconstruction using implants.

‘I’m pretty sure that we can do the operation on the same day, so it’s only going to be one operation, and that is the best option for me because time-wise the recuperation process using implants is a lot quicker than using skin grafts, and I need to be active for my little one she’s going through a very active time so I can’t just let her run riot in the house.’

Despite it being one of the hardest decisions Michelle will probably ever have to make, the brunette added that she thinks it is ‘a no-brainer.”I think having such a high risk of breast cancer – albeit I know in my lifetime – so right now I know it’s not particularly 80 per cent but every day that goes past I’m constantly feeling my breasts,’ the singer went on to say.’I’m looking for things that aren’t even there, I’m worried, I’m looking for side affects and I just think that preventative surgery is the best option for me.

‘It’s not for everybody, but talking to other women and talking to people who have gone through it and talking to women who didn’t have the preventative surgery but later contracted cancer, is enough for me to realise that this is the best option for me. So I’m hoping that it can be done sooner rather than later so I can just get on with things.’Following the operation, Michelle will then start thinking about having another baby as she wants to have her ovaries removed with in the next seven years.

The plan for that is that I’m going to hopefully have another child in a couple of years and then I will get my ovaries removed pre-forties,’ she explained. ‘That’s my decision; I’m going to go for that procedure as well. When exactly that will be I’m not sure, but it will be before I’m 40, I’ve made that decision.’However, it’s not only been hard for Michelle, but has been a tough time for her husband, Hugh Hanley, too.’It’s really hard. He’s the best husband in the world and he’s there and he hugs me and he loves me, but he obviously finds it very difficult to know what to do and there’s nothing he can do other than be there,’ Michelle said of him.

The singer concluded her interview by thanking Breakthrough Breast Cancer, before Dr. Hilary Jones spoke up and explained that the decision will have a positive effect on Michelle’s life.’First of all that freedom of worry for the rest of her life, and the chance that this surgery now could be potentially life-saving. All really positive,’ he said. – Dailymail

World’s oldest dad does it again at 96