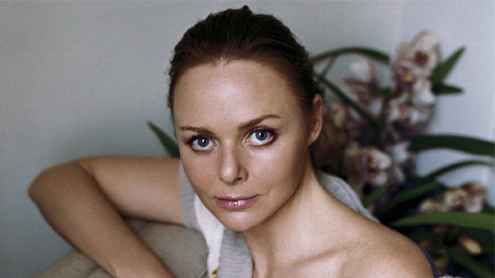 Stella McCartney has released pictures of her new lingerie line.Earlier this month, the designer confirmed she was working on the collection which is called Stella. It was known there would be five different bra shapes on offer and the pieces have now been unveiled.

They all include Stella’s signature three ring technology to make adjusting the straps easier. All the bras were designed to be practical and affordable and aim to be almost invisible to the wearer.Among the items are a cobalt blue set, featuring a balcony bra and high leg briefs. A nude set includes lace detailing, while for those looking for something more exciting there is a blue/purple snakeskin version.

The collection also includes plunge and strapless bras, as well as one called Supernatural. This is a version without any wire which is designed to look seamless when worn.The cups are made of 8mm foam, which is 4mm thinner than usual and helps ensure the bras are light.Prices range from £40 to £45 for a bra and £19 to £22 for the matching briefs. – Msn