Who wants to be India’s Next Top Model? 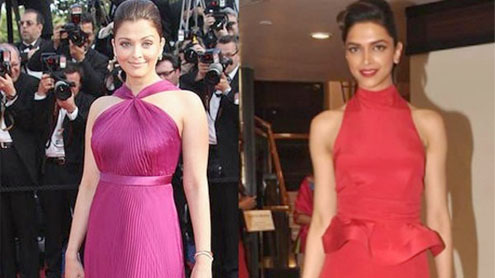 If industry insiders are to be believed, Aishwarya Rai Bachchan and Deepika Padukone are the front-runners for the job held by supermodel-producer Tyra Banks in the American show. Big CBS Love, the channel with female-centric programming, will probably air the show by the end of this year. Network representative Tarun Katiyal confirms the news, saying, “It’s the right time to bring the show to India because the fashion and modelling industry here is huge.

After going to so many countries in the world, India was the next obvious destination. If you check out the modelling auditions for the fashion weeks, you’ll know what I mean.” He insists that the show will not follow the lines of existing TV competitions like Channel V’s Get Gorgeous and The Hunt For The Kingfisher Calendar Girl. “We’ve not had one big show like America’s Next Top Model in India so far. There are some that spot modelling talent, but this one will be the game changer. Hopefully, we’ll find a face that can become India’s answer to ‘the supermodel’ concept of the west.”

Ask if Tyra will be seen on the Indian version as well, and Katiyal says, “We’ve opened conversations with a lot of celebrities, but it’s too early for me to confirm any names.” Eighteen months ago, it was reported that actor Bipasha Basu was approached by the TV wing of Shah Rukh Khan’s Red Chillies Entertainment production house, Idiot Box, to anchor a modelling-based show called Female Model Hunt. Basu had confirmed that she was in talks for the show, but it went no further.

Where is the desi supermodel? The term supermodel, used to describe icons like Cindy Crawford and Naomi Campbell, refers to those internationally famous, highly-paid rampwalkers who dominate ad campaigns, fashion shows and editorial spreads. As of now, Lakshmi Menon is the only well-known face from India. But does India’s Next Top Model stand a chance to discover a desi superstar? Fashion industry veteran Anil Chopra doesn’t think so. “Bollywood filmmakers and modelling agencies scour fashion weeks for faces that they can lure away from the ramp.

So many women who had the potential to become India’s first supermodel have all moved into Bollywood.” Designer Rohit Bal believes that the gene pool is limited. “In the last seven years, I haven’t seen a single striking face that has the potential to make it big. The basic quality of the talent is so poor that even the best we have is not actually good. I was appalled to see what our new Miss Indias look like,” he says. – PT