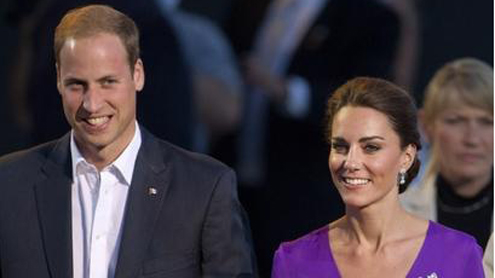 While London in the swinging sixties may have been famous for heralding the mini skirt, a new survey claims British women are in fact some of the most covered up in Europe — with the Duchess of Cambridge’s style icon status cited as a contributing factor.

The research carried out by Parisian fashion company Georgede suggests UK ladies wear longer skirts and less revealing tops than their European counterparts. Cited in The Daily Mail June 20, the findings show skirts in Britain hang an average of ten centimetres longer than those worn in France and Italy. It is claimed that women in Luxembourg are the only ones to wear longer skirts than the Brits — although Luxembourg women’s attire is still more revealing overall.

The survey of 1,000 British women found 61 percent of those aged 35 and over were most likely to avoid showing their upper arms, while 54 percent of this age group favor covering their knees.Two of Britain’s most famous fashionistas, model Kate Moss and the Duchess of Cambridge Catherine Middleton are believed to have helped contribute to this modest approach to dressing. In a recent interview for UK magazine Grazia the former was quoted as saying that the British public should “put it awaaaaaay” (sic) when it came to sporting skimpy attire, while the Duchess is famed for her penchant for ladylike skirt suits and flesh colored tights.

“It is very much the Kate effect. Kate Middleton and Kate Moss are leading the charge. Kate Moss’ recent comment that women should cover up more is very much a reflection of what is happening in the UK,” said Georgede’s MD Phillippe Bendavid. “Increasingly, British women are becoming more conservative in the way they dress. The Duchess of Cambridge is also definitely influencing the way British women are dressing. “For example, you never see her inappropriately dressed. She covers up those areas that women are very conscious about.” -Yahoonews