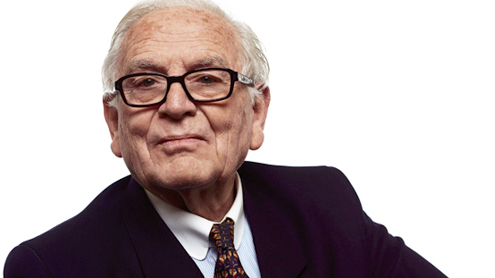 Pierre Cardin is set to show his latest menswear collection in Paris next month.

The Italian-born designer will be joining a host of international fashion houses presenting their Spring/Summer 13 offerings in the sartorial capital in June. The fashion creative will unveil his new designs on July 1 at the Palais de la Bourse, where the Paris’ Tranoï trade show is taking place. ‘I was one of the first designers to show men’s wear on the runway,’ he was quoted as saying by fashion website WWD. Between 1994 and 2009, Cardin took a 15-year break during which he showed his designs to an exclusive and intimate gathering of clients and journalists only.

In 2010, the designer was awarded the highly coveted Superstar accolade from Fashion Group International. But in the past year, the now 88-year-old has been planning to sell his eponymous label while maintaining creative control over the company. The menswear collections will be shown in Paris between June 27 and July 1st. A new addition this year is British brand Hardy Amies.-msn