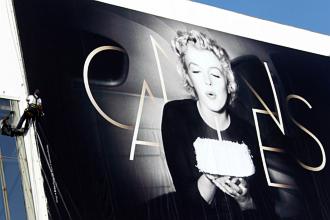 The 2012 Cannes film festival ends on Sunday evening with the award of the Palme d’Or for best picture at a red carpet gala ceremony, the climax of a 12-day blur of screenings, photo shoots, parties and deal making.

As thousands of journalists, critics, executives and stars head home and luxury yachts weigh anchor for their next port of call, the big question is who will walk away with one of the most coveted film prizes after the Oscars. Two previous winning directors are favourites, although up to half of the 22 entries in the main competition in Cannes this year have been named as potential victors. Austria’s Michael Haneke wowed Cannes yet again this year with “Amour” (Love), a stately tale of death and what it means for an elderly couple living in a Parisian apartment. Set almost entirely in a single building, Haneke is typically unflinching in his film making, and the result had audiences in Cannes moved to tears.

“Whatever his message, the spell of this incandescent film will be an elevating memory,” wrote Mary Corliss in Time Magazine. “In the history of movies about love, Amour lasts forever.” The two leading actors, Jean-Louis Trintignant and Emmanuelle Riva, are both in their 80s, and their memorable performances underlined a year in which the actors, particularly male, have universally impressed. The other former winner in the leading pack for the Palme d’Or is Romania’s Cristian Mungiu, whose “Beyond the Hills” is another austere tale of a couple’s tragedy, this time two young women living together in a remote convent. Based on the real-life story of an exorcism gone wrong, it explores the clash between spiritual and worldly love and how even the most well-meaning act can go horribly awry. Anyone’s guess

Jacques Audiard would be a popular home winner with “Rust & Bone” starring Marion Cotillard, while French-born Leos Carax presented easily the most bizarre of this year’s competition entries, the surreal, madcap “Holy Motors”. “Killing Them Softly”, a modern-day gangster tale starring Brad Pitt, was one of five US productions in competition and won warm plaudits from critics, as did “Mud” by Jeff Nichols. Thomas Vinterberg’s Danish child abuse story “The Hunt” packed a real punch, while Ukrainian director Sergei Loznitsa impressed with his World War Two drama “In the Fog”. Two comedies lightened the often sombre mood among audiences on the Croisette waterfront – Ken Loach’s Scottish whisky caper “The Angels’ Share” and Wes Anderson’s childhood fantasy “Moonrise Kingdom.” Arguably the hardest category for the jury to decide will be best actor, with a string of acclaimed performances.

Foremost among them was Mads Mikkelsen in The Hunt, Matthias Schoenaerts in Rust & Bone, Trintignant in Love, Denis Lavant in Holy Motors and Aniello Arena in Italian entry Reality. Should he win, Arena would not be able to walk up the fabled red carpet stairs to accept his prize because he is serving a lengthy prison service, having been allowed out on day release to shoot the movie. The stars were out in force this year, underlining Cannes’ power to attract big names as well as showcase low-budget movies that otherwise might struggle to find an audience. On Saturday, Reese Witherspoon and Matthew McConaughey were on the red carpet for the world premiere of “Mud”, and before them this festival came Pitt, Kylie Minogue, Bruce Willis, Nicole Kidman and “Twilight” stars Kristen Stewart and Robert Pattinson. Outside the official festival, rapper Kanye West and Kim Kardashian showed up to promote his short film, Sean Penn hosted a glitzy gala to raise money for Haiti and Harvey Weinstein entertained the stars at the exclusive amfAR AIDS charity bash. On the giant market that is a key part of Cannes, business was described by specialist Hollywood publications as solid, although not as strong as 2011. -khaleejtimes