Benetton founder steps down for son 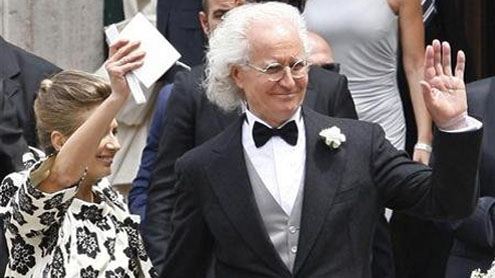 MILAN: Luciano Benetton will hand over the helm of the Italian fashion clothing company he helped found 47 years ago to his son this week, he said in an interview published on Sunday.

Benetton and his family turned the company into one of Italy’s best known brands with more than 6,500 stores in 120 countries and a reputation for controversial advertising and bold colors, but it has struggled against new competitors.”The baton passes to my son Alessandro, who will become chairman,” Benetton, who turns 77 in May, said in an interview published in Italian newspaper Corriere della Sera.

“After a run of 47 years, on Tuesday I will resign from the duties I hold in the company I founded with my siblings.”A company spokesman confirmed the remarks made in the interview. Alessandro is currently deputy chairman.Benetton has suffered from the emergence of more-flexible rivals such as Inditex’s Zara and Sweden’s H&M . In January the family announced it would delist the company after a buyout of minority shareholders.

An industry source told Reuters in February that Alessandro was set to take charge and that the buy-out would give him room for possible asset disposals or alliances and help revamp the group to accommodate other family members.In the interview, Benetton said his 48-year-old son had shown in the two years as deputy chairman he had the passion needed to run the group, now more than 90 percent controlled by the family.Benetton scrapped its 2011 dividend after sluggish consumer demand in Southern Europe and the rising cost of raw materials such as cotton led to an almost 30 percent fall in net profit.

Iran to build a copy of captured US drone

Iran to build a copy of captured US drone