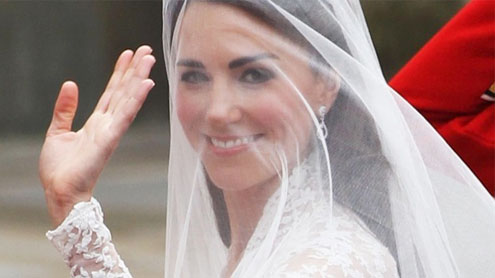 According to a new survey by internet tracking company, the Global Language Monitor, the British capital takes the reign thanks to fashion’s most prominent pairing in years: Princess Kate and Alexander McQueen.Based on a ranking that tracks mentions on the internet, New York had ruled supreme in past years, but 2011 seems to be the end of the “Sex and the City” era, making room for the Duchess of Cambridge’s royal style, which first came to the world’s attention thanks to her McQueen wedding dress.

“We are seeing what the impact of two genuine media stars, Princess Kate and Alexander McQueen can have upon a global ranking. Our numbers show that it was their presence that tipped the victory to London over New York,” said Bekka Payack, the Manhattan-based fashion correspondent of the Global Language Monitor. “London and New York are followed by Paris, Milan, Los Angeles, and Hong Kong. Barcelona, Singapore, Tokyo and Berlin are also featured in the top ten. – Yahoonews