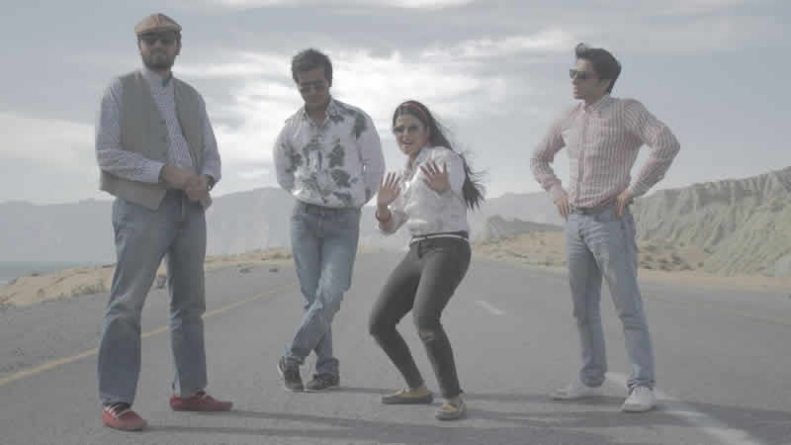 The song is part of Mirage’s second album ‘Doosri Dastak’ [#DoosriDastak] that is set to release in the summer of 2017. With composition and lyrics by Rehan Nazim of Mirage, the song has been produced by Saad Hayat with Coke Studio guest musician Bradley D’Souza on guitar and bass, Hasan Mahmud on guitar, Kashif Chamman on Dholak and features Alycia Dias as a guest vocalist. The music video has been shot in the coastal area of Kund Malir in Balochistan.

Directed by JF Irani and Asghar Ali Ghanchi, Panchi’s music video has been produced by AAG Films with Cinematography by Asghar Ali Ghanchi, Ammar Naqvi as the Assistant Director, Art Direction by Hassan Ahmed, Zubair Taqi as the Drone Operator and Salman Sahil as the Make-up Artist. Mirage had earlier released ‘Pyar Hua’ in December 2016, Ker Daalo Pakistan in 2014 and Zara Suniye Tou in 2013 from ‘Doosri Dastak’.

The band’s fifth music video from the new album, ‘Barhe Chalo’ is in post-production stages and will be released in the next few months. Mirage, formed by Saad Hayat on Keyboards & Production, Hasan Mahmud on guitars and Rehan Nazim on vocals in 2003, has been active in the local music scene and has maintained a reputation for its solid, fun & energetic live act. Bradley D’souza, one of the country’s finest bass & guitar players, joined the band in 2015.

The band’s current live line-up features Abid Wilson on guitars & Ajay Harry on Drums. With 7 music videos (Aarzoo, Jeewan, Kyun Mujhse, Zara Suniye Tou, Ker Daalo Pakistan, Pyar Hua & Panchi) and an album (Aarzoo) release to date, Mirage is one the few bands that has been intact and has also managed to survive the long lasting music industry downfall. The band is all set to release their second album ‘Doosri Dastak’ and the brand new music video for ‘Barhe Chalo’ in the summer of 2017.