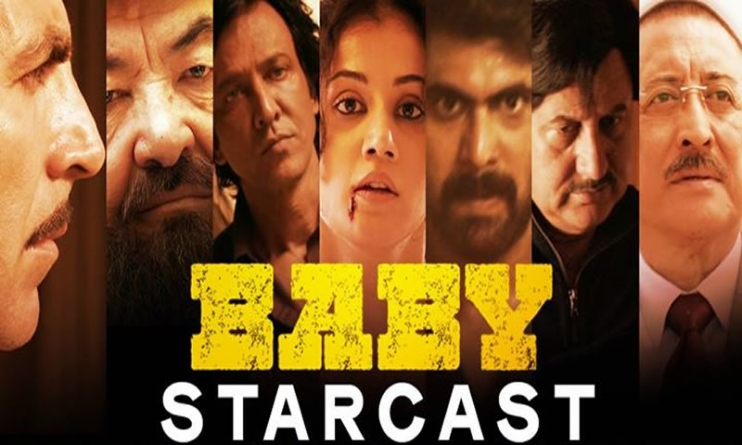 Bollywood action man Akshay Kumar is once again broaching the subject of terrorism in his forthcoming film Baby.

However, the film is surrounded by speculation regarding its ‘anti-Pakistan’ theme just two days before release, reports Hindustan Times. “Baby is not an anti-Pakistan film. In fact, it has three Pakistani actors who play very important roles. See, some ­elements in Pakistan can be wrong but a whole nation cannot be wrong. Terrorism has no religion, and we believe that religion and country are two different things,” said the film’s director Neeraj Pandey. When contacted by Dawn, the local distributor of the film said its fate will be decided by the censor board tomorrow (Thursday).

The film stars famed Pakistani TV drama actor Mikaal Zulfiqar as well as Rasheed Naz, who played the villanous cleric in Shoaib Mansoor’s Khuda Ke Liye. Pakistan has witnessed a trend of censorship for films deemed ‘controversial’ by the main censor board of the country. While the Bollywood ‘Baby’ film is slated for release on January 23, cinemas in Pakistan bear no signs of the film on their website schedules or ‘coming soon’ tabs. The board routinely bans films deemed to have ‘anti-Pakistan’ themes. Most recently, the board banned Haider which recasts the Shakespeare play Hamlet into an Indian counter-insurgency against Kashmiri militants fighting for independence or to join Pakistan. In the past, the local censor board has also banned Ek Tha Tiger, the Katrina Kaif starrer that featured her in the avatar of an Inter-Services Intelligence (ISI) agent. Saif Ali Khan starrer Agent Vinod was also banned for containing various controversial references to the spy agency.

At the time, the vice chairman of Pakistan’s Film Censor Board, Muhammad Ashraf Gondal had told the Associated Press in an interview: ”It was our judgment that it should not be allowed to be screened.” ”It falls under the negative codes of our censor.” “Agent Vinod is for Indians, but it is not against Pakistanis,” Saif Ali Khan, the movie’s lead actor and co-producer, had said in an interview with the Indo-Asian News Service. ”But I understand if they get upset because we are beating them up quite often in the film.” Talking about his stunts in the upcoming Baby, Akshay in an interview said, “Neeraj has a thing for logical things, so all my fight ­sequences are very believable. For my film Holiday last year, I performed stunts that went a little overboard, but keeping Hindi cinema in mind, we had to do them.” Anupam Kher, who plays a pivotal role in the thriller, also praises the quintessential action star: “This is one of Akshay’s best performances so far!” Talking about the film, producer Bhushan Kumar said, “Baby will be our first action-thriller and it is definitely a unique film. It has an ­edginess, fast-paced action sequences and has been shot par excellence.”