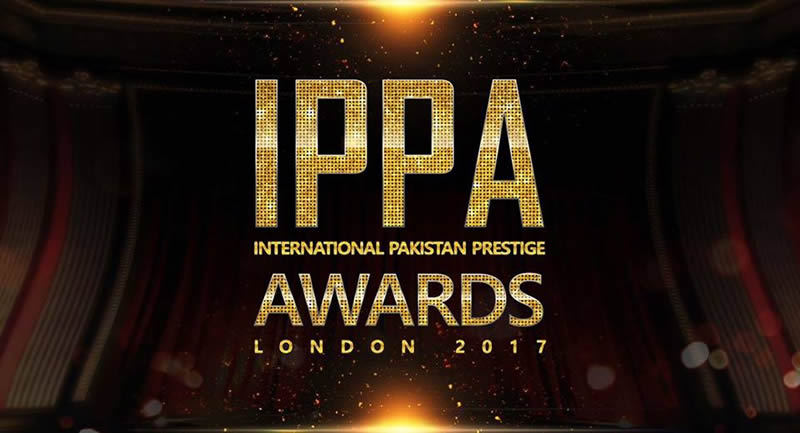 Entertainment Industry of Pakistan is growing rapidly. The countdown to Pakistan’s biggest, most extravagant and spectacular global celebration of Entertainment Industry has begun! The Pakistan Media fraternity is pleased to announce London, as the host country of the highly anticipated 1st Edition of the International Pakistan Prestige Awards (IPPA) on 17th September 2017.

International Pakistan Prestige Awards (IPPA) is launched internationally to create a legacy of entertainment with indomitable efforts & to recognize the Pakistani showbiz industry. The choice of 2017 as the opening year for the awards is also auspicious, since it marks the 70th birth anniversary of the country.

Top Pakistani Showbiz celebrities comprising of Film, TV, Music, Fashion fraternity and Sports will be attending this awards ceremony. The idea is to take popular names out of Pakistan and give them a global audience. It will be the biggest Pakistani awards event ever to take place outside Pakistan. 23 awards to be presented to the winners for their outstanding achievements in their respective fields based on the performances in 2016. IPPA this year presenting 16 popular awards which are viewer’s choice and 7 Special awards.

Hum Network will be the official broadcaster and Fashion Central will be the digital partner of International Pakistan Prestige Awards 2017.