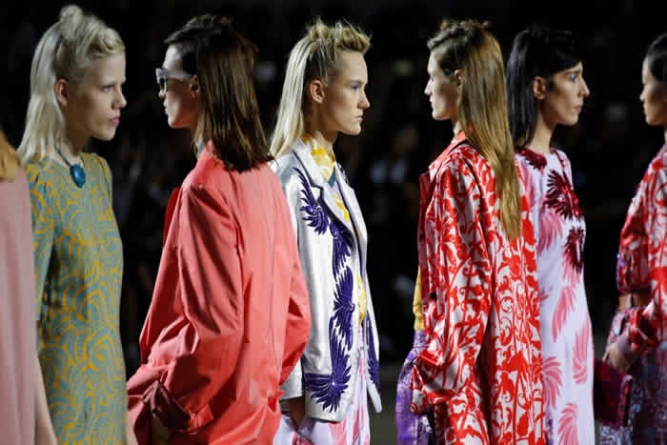 The average person doesn’t know a whole lot about cutting edge clothing designers around the world, but there is some amazing work being done right now. If you wear clothes, or know someone who does, these are some of the best creative minds in the business right now.

Though not technically still alive, Oscar de la Renta continues to cast a long shadow over high fashion. His eponymous fashion label dresses some of the most recognizable names in Hollywood. It’s a great cultural achievement for an ambitious immigrant from the Dominican Republic, one not to be diminished anytime soon.

He’s the creative direction at Maison Martin Margiela, and has a new collection to be released in January. He’s important now, because this is a comeback moment, after a major scandal in 2011. His future depends on critics’ reaction to this all-important collection.

A driving force in the industry, Henry still has yet to break into the big time. His rise has been interspersed with many setbacks, with his take on 3) mid-century couture is indelible. This may be the year he becomes and industry in his own right.

The youngest person on this list, so far. Jacquemus is from Paris, and brings the freewheeling spirit of a Millennial in his fun, colorful designs. Some people decry his designs as unsophisticated, but when you’re this comfortable and having this much fun, who cares?

He’s an employee at Oscar de la Renta (the brand), but he’s also worked for big names like 5) Vuitton and Ricci. Copping is modern luxury through and through, and he is likely to have significant influence, even if his name isn’t on the building.

After stepping out from under the auspice of Louis Vuitton, Jacobs has faced challenges in establishing himself as a brand in his own right. 2016 could be the year, or it might not after a less-than-enthusiastic reception to his collection from last spring.

This may be two names, but they’re inseparable in the fashion community. Louisa and Pookie are siblings, from a famous fashion family. Color and silhouette are their calling card. Nostalgia and throwback styles are their playground, with clothes looking like what high school would’ve looked like, had it been designed by masters.

An alum of Ralph Lauren’s fashion house, Zaid is now out on his own, having survived this way for two years. Words like “sculptural” and “architectural” are often evoked to describe his heady designs. These are smart designs, but you’ll be comfortable in them for sure

The only shoe designer on this list (at least the only one who does shoes only), Andrew brings a high level of sophistication to the things you wear on your feet. Shoe lovers everywhere know him. This may be the year he becomes a household name.

Known primarily for a simple tote, Anderson shows how reinventing a simple accessory can bring incredible relevance to your brand. Enjoy his clothes in 2016 and look better than your friends.