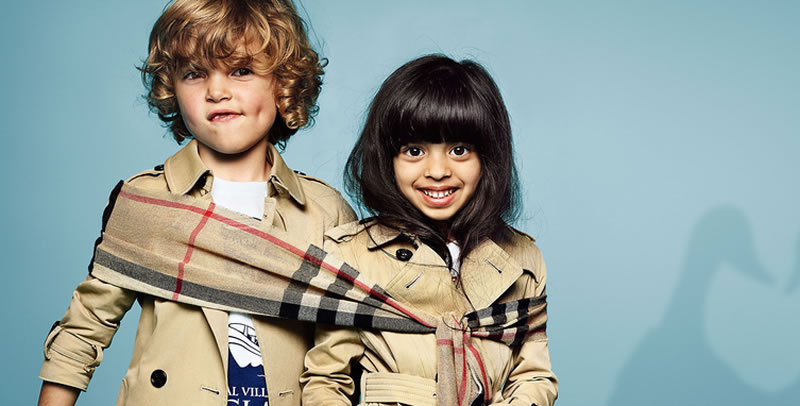 “Laila loves movies, she loves to draw, paint, do crafts and annoy her brother who is 12 years old!” says her mom, Sadia.

This is Laila Naim, the first Pakistani to model for the brand.

Born on 8th March 2010, Laila lives in London with her family. She loves singing and was signed on with a children’s modelling agency. Dawn spoke to the precocious model’s mother, Sadia, who said Laila first got noticed when her agents put her forward for the Burberry audition. “We nearly didn’t go as I was very busy,” says Sadia. “The audition was like a proper photo shoot. Soon after, we heard she had been selected from the many, many children that auditioned. She loves the camera and is a natural, at her first shoot the shoot’s creative director asked if she had been doing this for a long time! She was totally comfortable in front of the camera and Burberry team.”

Sadia also says that Laila loves everything about the movie Frozen, and has a special place in her heart for the song ‘Shake It Off’ by Taylor Swift. “Laila loves movies, she loves to draw, paint, do crafts, annoy her brother who is 12 years old, go for hot chocolate, swim and really do everything any girl her ages loves to do!” Sadia adds. “Her brother Jansher loves her to bits.”

Sadia also said Laila was very head strong even at her tender age. She has recently filmed a Burberry commercial and is shooting again with Burberry on the 31st of March and 2nd of April. Laila has also been featured in fashion magazines Red, Marie Claire and Tatler. Laila joins the ranks of supermodels like Kate Moss and Cara Delevingne, who have also featured in Burberry’s campaigns. Actress Emma Watson of Harry Potter fame also starred in a recent campaign.