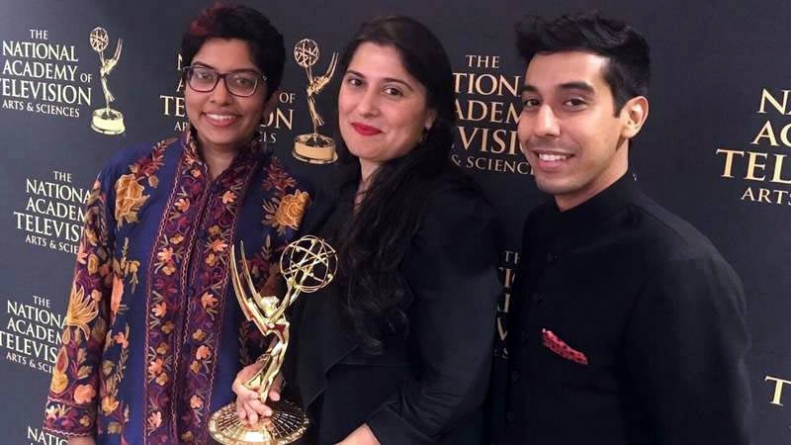 A Girl In The River has triumphed over four PBS documentaries, including Children of Syria, Welcome to Leith, Thank You For Playing and The Look of Silence, to win the award.

A Girl in the River, which is the story of a young survivor of an honour killing attempt, was also nominated in two other categories at this year’s Emmys, Outstanding Short Documentary and Outstanding Music and Sound.

In 2016, the documentary earned Sharmeen her second Best Documentary Short Oscar after she won Pakistan’s first Academy Award for Saving Face in 2012. She has also won Emmys for Children of Taliban and Saving Face.

Congrats team @SOCFilms what a great win tonight at the @newsemmys for Best documentary! #pakistan pic.twitter.com/hcjcKbI2m0

Mohammed Naqvi’s Among The Believers was also nominated at this year’s Emmys in category Outstanding Politics and Government Documentary, but lost out to PBS’ The Choice 2016. – Dawn