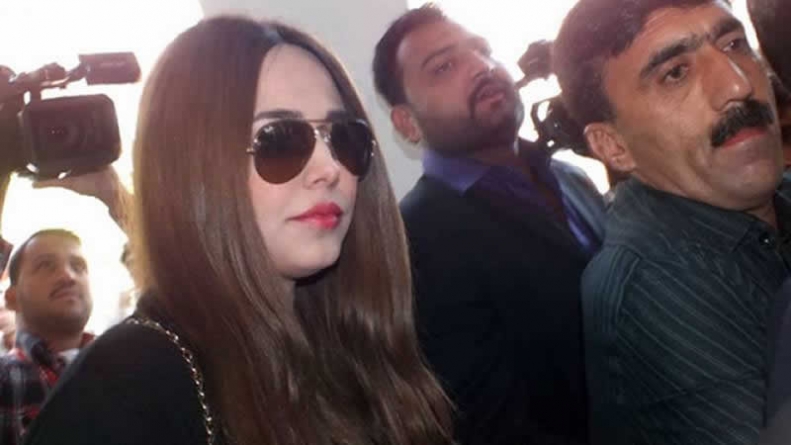 Supermodel Ayyan Ali on Thursday requested the customs court to permanently exempt her from appearing before it in the currency smuggling case, Media News reported.

The supermodel once again appeared before the Rawalpindi customs court on Thursday in her signature style. Flanked by body guards on either side, the supermodel made everyone at court premises excited with her aura.

Ayyan requested the court to grant her permanent exemption from appearing before it, just like the way former president Pervez Musharraf is given.

The supermodel is out on bail in the currency smuggling case, while a petition seeking registration of a money laundering case against her is also under judicial consideration.