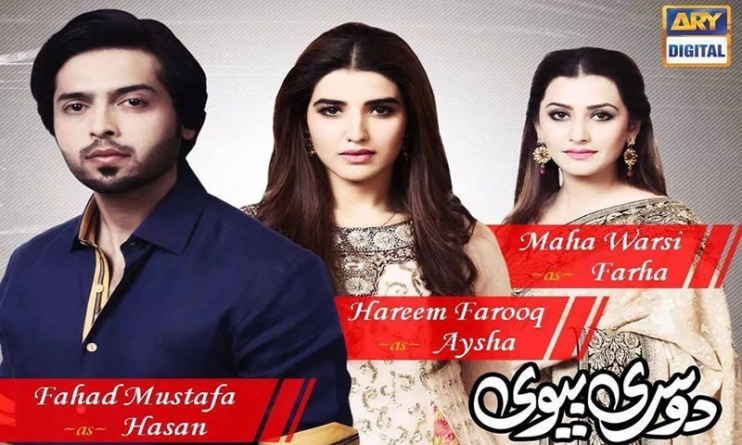 When we talk about Pakistan’s Entertainment industry then Television industry comes at the top due to its quality drama serials which are not only popular in Pakistan but are also liked across the globe as well. Most of the dramas are produced in Urdu but the regional TV dramas are also popular among the people. In the creation of quality Drama serials there are many factors that are actually responsible for the success of these masterpieces. The directors, writers and artists all plays key role to make the superb drama serial. In this scenario The Pakistani artists are doing really amazing job to make them best and demanding.

There are lots of big names when we talk about celebrities like Mahira Khan, Adnan Malik, Rehan Sheikh, Tahira Imam, Farhan Ali Agha, Shamil Khan, Irfan Khoosat and many others who are not only famous but also highly paid artists in Pakistan. These richest actors and actresses have great contribution in the Pakistan’s Television industry and surely are the assets for the country. Here in this special article we will talk about the Top ten Pakistani TV Drama Serials in 2015. Let’s come and scroll down the list. The Hum TV drama serial “Sadqay Tumhare” comes at the top in our ranking. This also includes in the best five drama serials as well. This love story based drama serial on airs every Friday on Hum TV. Adnan Malik is the new face who is making his Drama Debut from this Serial.  Actually this is the story of an innocent girl Shanno who loves her fiancé from the core of heart but her fiancé has not seen her for the last ten years. He thinks Shanno as the village girl and Rebukes himself having all the past memories which he spent with her. In the family gathering he happened to meet her and after that he falls in her love and tries to meet her again at any cost or what he can do. In this lovely drama serial Mahira Khan plays the role of Shanno and the new talent Adnan Malik appears as Khalil. It is produced by Momina Duraid, Samina Humayun Saeed and Tariq Ahmed Shah, written by Khalil-ur-Rehman Qamar and directed by Ehteshamuddin. In the main casts Samiya Mumtaz, Rehan Sheikh, Farhan Ali Agha, Qavi Khan and Shamil khan also included. Having the cast of Pakistan’s top artists “Main Bushra” has made its 2nd place in our ranking which is on airs on every 8:00 pm every Thursday on ARY Digital. Actually we live in a society where preconceived people are ruling with their false beliefs and due to these believe women are treated in the unjustified manner. “Main Bushra” is basically the story of that girl who struggles against this mind set.  In this classic drama serial she is hated by her own loved ones and family as considering her bad woman. She decides to fight against the thinking of people which they keep for her and tries to shatter these false ridiculous believes. The main cast of the drama includes Mawra Hocane, Faisal Qureshi, Affan Waheed, Wassem Abbas, Saba Hameed, Sheheryar Zaidi, Aysha Khan and others. The play is written by Sanam Mehdi Jarchevi and directed by Ahmed Bhatti. Another Super hit Pakistani drama serial in 2015 is Nikah which on airs every Sunday 8:00 pm only on Hum TV. “Nikah” is basically the story of love, passion, revenge and the writer has beautifully explained how the people affected on the lives of others with their scheming minds. Overall this lovely drama serial is full of suspense, thrill and shocking revelations. The main cast of “Nikah” is Abid Ali, Afshan Qureshi, Azra Aftab, Kashif Mehmood and Memood Akhtar. This play is directed by Abid Ali and Nayyer Mukhtar is the writer and it is produced by Syed Mukhtar Ahmed. “Tum Mere Hi Rehna” is one of the top drama serial of Pakistan Television industry in 2015. Here in this super hit drama serial the Pakistan’s highly paid actors and actresses are appeared. “Tum Mere Hi Rehna” is the replacement of “Izteraab” and on airs at every Wednesday 8:00 pm on Hum TV. This drama serial is based on the family matters that come in the way of love and this famous saying that everything is fair in love & war suits here in this super hit drama serial. The main cast of this drama includes Meekal Zulfiqar, Urwa Hocane, Waseen Abbas, Rashid Mahmood, Saba Hameed, Uzma Hassan, Sohail Sameer and many others. The play is written by Syed Wasi Shah and Asif Younis is the director. At number five there comes “Aap ki Kaneez” by Geo TV which is written by Faiza Iftikhar and directed by Aamir Yousuf. This super hit drama serial is produced by A & B Entertainment. The story of the this drama revolves around a girl who got married to  that man who is still in love with her dead wife and she has to sacrifice every dreams which she keeps for gaining respect from her in laws and the whole family. The major stars in this drama serial includes the top artists of Pakistan and they are Shamim Hilali, Atiqa Odho, Yumna Zaidi, Sohail Asghar, Aly Khan and many more. Consisting of lovely romantic story “Jaanam” by A Plus Entertainment is the 6th top drama serial of Pakistan Television industry in 2015. It is the story of a couple who married happily and is enjoying their lives; suddenly the stranger friend comes in their lives and makes everything disturbed.  Adnan Siddique and Saba Qamar are the main stars of this drama Serial and it on airs on every Thursday at 8:00 pm from this channel. Another top new drama serial in 2015 is “Zid” by Hum TV which is produced by Momina Duraid, written by Be Gul and directed by Adnan Wali. The top Pakistani artists are its members who include Maya Ali, Ahsan Khan, Rabab Hashim, Nausheen Shan and many others. This is the story of the girl who becomes stubborn and headstrong due to her father’s extra love and care and she breaks her two engagements due to her stubborn behavior whereas her aunt who got the total opposite character as the conservative approaching woman tries to reach out her. After that many incidents happens in the rest of play which you will see in the upcoming episodes by watching it on every Tuesday at 8:00 pm. Having the top Pakistani artists which includes Moomar Rana, Zahid Ahmed, Aysha Khan, Shazia Naaz, Sheheryar Zaidi, Agha Ali etc “Mehram” got the 9th spot in our ranking. This is the story of the family who is modest and Hamza is living with Iqra who is the widow of his brother. The story beautifully explains the facts of that situation. Hamza keeps great respect for Iqra but to the suspicions about Hamza and Iqra they both get married on papers to keep themselves save from these speculations. In the very short time Iqra realizes that Hamza needs a wife which he loves so he get married with Maya and the story gives a twist when after the marriage Maya happens to watch the marriage papers. “Digest writer” is the beautiful story of a girl Fareeda who belongs to a lower middle order family which is going in crisis due to the financial problems and she is studying in the college and is very sad due to her family’s situation. She got great talent and wants to become the digest writer but her parent’s wants to become her Doctor. In the way she became the friend of a banker who appreciates her writing skills but her father decides her marriage with her cousin where Fareeda has not interest in him but after the marriage with her cousin due to her father’s insist she one day receives a call from the channel that her drama has become the super hit and they wants to sign contract for the more dramas but due to her husband’s restrictions she refused to sign the contract. This drama serial on airs on every Saturday at 8: pm. At number ten here comes the drama serial “Dusri Biwi” by ARY Digital. This is the story of the family which was living their lives very happily and the major element of success between them was trust but no one knows when love knocks at the door and this happened. He fall in love with his working colleague but getting married was beyond their access which made the one thing common for both the women and that is husband. This lovely drama serial on airs every Monday at 8: pm only on ARY Digital.