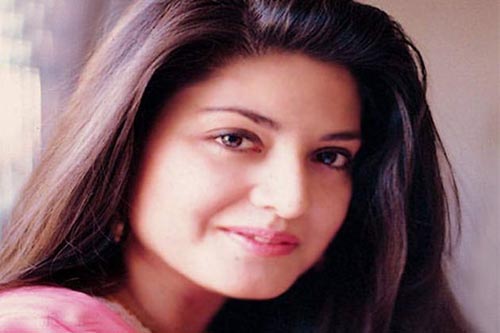 Iconic pop singer of Pakistan Nazia Hassan is being remembered today (Wednesday) on her 14th death anniversary. She was born on April 3, 1965 and became pop icon of the country in the 80s. The pop singer, who was shot to fame after she sang a song for the Indian movie `Qurbani’ at the age of 15, had her talent recognized across the whole South Asia.

‘Aap Jaisa Koi Meri Zindagi’ a song she sang for the Indian earned her a Filmfare award thus paving her way for the debut album, Disco Deewane. Among her biggest hits were “Ankhen Milane Wale” and “Dum Dum Dede”. She was also a political analyst along with being a remarkable singer. She got hitched in 1995. Nazia lost her battle against cancer in 2000, hence depriving Pakistan of one its iconic pop singers of all time.

The pop icon of the 70s soon became the striking beauty of the 80s and along with her brother produced audio and video hits, forever changing the Pakistani pop music industry. In 1995 she got married and had her son Arez in 1997. Sadly, Nazia passed away in 2000 after losing a battle with cancer. She however remains a celebrity in the hearts of the 80s’ generation and lives on through her fans and all those who showered her with their love. – SAMAA