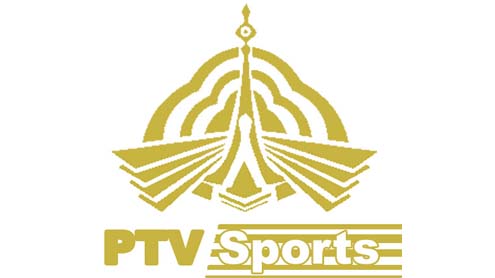 The falling standards and plummeting ratings of the PTV Sports have raised many an eyebrow. According to reliable sources, PTV Sports has become a one-man show. “Almost seventy percent of the programmes are hosted by one Dr Noman Niaz, who joined the channel as an anchor only, and now has become the so called Head of Content and Operations after the removal of PTV managing director on the orders of the Islamabad High Court,” the sources said.

They said that it was yet to be determined that whether not to bid for cricket rights was a deliberate miss out by PTV to benefit the other parties in the competition or it was due to the sheer negligence and incompetence of the PTV management. It is pertinent to mention here that Senator Kamil Ali Agha grilled the PTV officials for failing to bid for cricket rights and causing huge financial loss to PTV.

The sources said Qazi Mustufa Kamal, who is director engineering, was named as the acting PTV managing director till the new appointment despite the fact that Colonel Hassan was the senior most director. He doesn’t know any thing about programming, and Noman has assured him that he (Noman) will use his connections to appoint him (Kamal) the permanent managing director. So Kamal is doing whatever Noman wants in PTV Sports,” sources said. “Noman cannot head any department because of the court order that says that every high profile post should be advertised.”

They said Noman was hosting all the discussions whether it was Pakistan’s tour of India, tour of South Africa, ICC Champions Trophy or Pakistan tour of Zimbabwe. “Besides all this, Noman is also hosting programme ‘Spice Views’ thrice a week. Even the voice on the promos is of Noman. He has also started a programme named ‘Blood Line’,” they said.They further said that during the ICC Champions Trophy in England, former Pakistan captain Rashid Latif and commentator Chishti Mujahid were invited by Noman from Karachi just to host his show as an anchor.

“All the expenses of these two guests including air tickets and accommodation were borne by PTV despite that fact that the organisation had its anchor and all the facilities in Karachi. It was done just to accommodate and please Noman.” They said same happened during the Pakistan-West Indies series when Mohsin Khan was invited from Karachi to Islamabad and all his expenses including air ticket and accommodation were borne by PTV. “And during the ongoing Zimbabwe series, once again Noman called former Test cricketer Basit Ali to Islamabad on the boarding and lodging expenses of PTV just to host the show himself.”

During the Ramadan, PTV Sports showed the local tournament of Karachi Gymkhana live while skipping the Ashes series although PTV didn’t have a single sponsor for this local event. “Noman has sidelined the former Pakistan captain Aamir Sohail who is also attached with PTV Sports. Aamir doesn’t like Noman’s one-man show.” They said Noman had fought with Aamir on the sets in Islamabad, had differences with former managing director Yousuf Baig Mirza and went on leave. “Even once getting annoyed on something Noman threatened to leave PTV Sports and started to sit in a programme of Geo Super but after few days came back to PTV Sports.”

Junaid Chughtai, controller PTV Sports, was transferred to PTV News because he refused to compromise with Noman on professional issues. Adnan Malik, producer Sports Lahore, was transferred to current affairs because Noman didn’t like him. Popular show ‘Keh Dien Jo Kehna Hai’ hosted by Mirza Iqbal Baig from Karachi has been stopped by Noman without any reason.

The sources said that Noman had ‘blessings’ of Sindh local bodies minister Owais Muzaffar, who saved him many a time in the past. “Noman claims that he is the personal physician of  Owais and no one can remove him. Besides that he also uses the name of his father Lt Gen (r) Hamid Niaz.” The sources said Noman’ nexus with former controller sports Shahida Shoaib Rizvi and Kamal was ruining PTV Sports. “Shahida retired in August but Noman asked her to stay in Islamabad so that he could extend her services with PTV Sports.” PTV Sports had a good reputation and viewership since its inauguration on January 11, 2012 but the one-man show has ruined it. The revenues have gone down which can be confirmed from PTV Headquarters in Islamabad. – DailyTimes