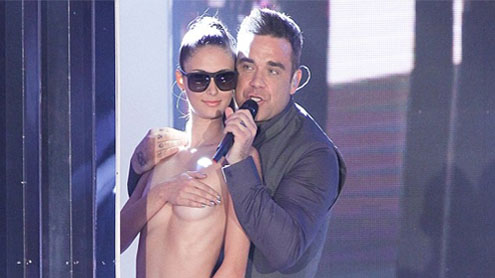 He’s a married man with a one-month-old baby daughter, but that didn’t stop Robbie Williams cavorting with a near-naked woman on stage in Italy on Thursday.

Proving his wild days aren’t behind him just yet, the Candy singer made sure to attract his fair share of attention with a particularly eye-catching performance on The X Factor Italia.Wearing just a pair of dark sunglasses, black stilettos and a barely-there nude thong, the dancer in question used her hands to protect her modesty as the 38-year-old star writhed around her.Performing an amorous routine with the toned beauty, Robbie looked every inch the cheeky chappy as he took to the stage.

And it doesn’t seem as though sleepless nights are meaning the new dad is letting it slip in the style stakes, with the former Take That star looking fashionable in a grey shirt and waistcoat, tailored black trousers and smart shoes with white detailing.In addition to his X Factor performance, Robbie was in Milan to launch his menswear label Farrell at luxury department store Coin in the Italian city.It would appear the Stoke-born star’s appearance delighted fans, with a group gathering below his hotel on Thursday as they threw gifts up to him.

As he opened his window, he was greeted by a loud noise from the crowd before the kindhearted group started besieging him with gifts.One fan even thew up a small teddy bear – undoubtedly intended as a gift for Robbie’s baby daughter, Theodora Rose – which the Angels star caught expertly.Robbie and his wife Ayda Field welcomed their first child, affectionately known as Teddy, into the world on September 18.

But the singer admitted childbirth wasn’t the harmonious experience he hoped it would be, and his daughter’s entrance to the world was somewhat like a scene from a gruesome Predator movie.He told The Sun newspaper: ‘I cut the cord but, bless her, I cut it while she was still inside Ayda. Teddy was going blue because the umbilical cord was caught around her neck.’I had to be quick with the scissors. It was like Ayda vs Predator. She’d say the same thing. It’s an image that won’t go away.’ – Dailymail 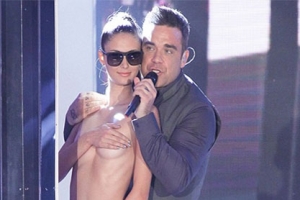 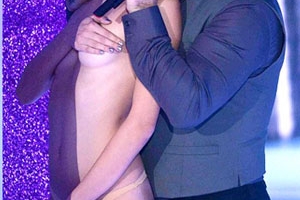 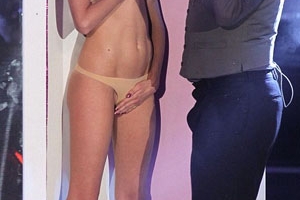 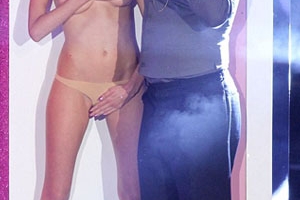 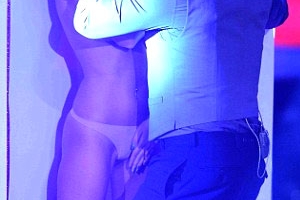 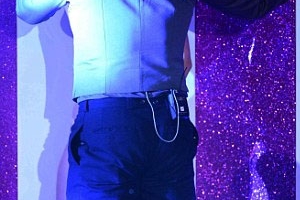