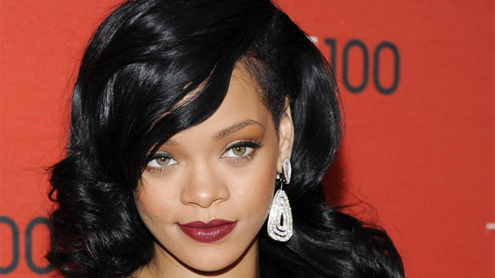 NEW YORK— Rihanna sued her former accountants Thursday, blaming them for tens of millions of dollars in losses, shoddy bookkeeping, a failure to recommend she trim expenses when a 2009 tour was losing money and an ongoing audit by the Internal Revenue Service.

The lawsuit in federal court in Manhattan sought unspecified damages against New York-based Berdon LLP and two accountants. A Berdon spokeswoman said the company had no immediate comment. The singer, suing under her real name, Robyn Fenty, alleged through her attorneys that the defendants drained tens of millions of dollars from revenues while she launched four national and international tours over a five-year period.  By the “Last Girl on Earth” tour in 2009, Rihanna learned that the tour had managed “significant net losses” despite robust revenues, though the defendants had managed to pocket 22 percent of the tour’s total revenues while paying Rihanna just 6 percent of revenues, the lawsuit said. It said Berdon’s unusual accounting practice of paying itself a percentage of gross tour income as commissions left it no incentive to “counsel” Rihanna to reduce expenses or put in place appropriate financial controls.

The lawsuit alleged that the practice of paying itself commissions on revenues was not standard in the accounting and business management industry and created a clear conflict of interest.  Rihanna’s lawyers also blamed the accounting firm for an ongoing IRS audit of her tax returns, saying she was forced to spend significant resources to correct errors resulting from negligence. Since firing the firm and its accountants in September 2010, Rihanna’s fortunes already have reversed, the lawsuit said. The “Loud” tour stretching from June 2011 to December 2011 produced a net profit equal to more than 40 percent of total tour revenues, it added. According to the lawsuit, the singer hired the accountants in 2005 when she was a 16-year-old from Barbados launching her career.

She alleged that they repeatedly breached their agreements, engaged in misconduct and malfeasance, paid themselves excessive commissions, created entities without regard to their effect on her taxes and failed to document revenue and expenses and implement a proper budget. The lawsuit also blamed the company for Rihanna’s 2009 purchase of a new home, saying competent business managers would have told her that her tour was losing money and that it would not be advisable to buy such an expensive home at that time. Last year, Rihanna sued a real estate company in Los Angeles over the $6.9 million purchase of a hillside home in 2009, saying it had serious structural defects that made it inhabitable. -Yahoonews