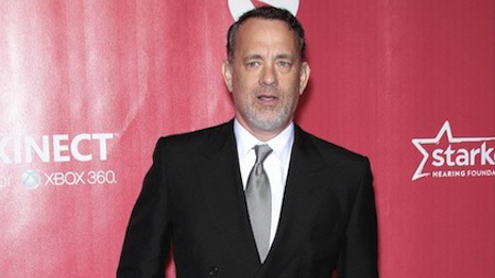 Tom Hanks has acknowledged the deep impact of the ‘loving’ works of Nora Ephron.

Legendary screenwriter-and-filmmaker Nora, who penned romantic comedies When Harry Met Sally and Sleepless in Seattle, passed away in a New York City hospital at the age of 71 Tuesday.  Tom Hanks starred in her 1998 film You’ve Got Mail.  The actor appreciates the legacy that Nora left behind. ‘Knowing and loving Nora meant her world — or her neighbourhood — became yours,’ he told Time magazine.

‘She gave you books to read and took you to cafés you’d never heard of that became legends. You discovered Krispy Kreme [doughnuts] from a box she held out, and you learned that there is such a thing as the perfect tuna sandwich. She would give your kids small, goofy parts in movies with the caveat that they might not make the final cut but you’d get a tape of the scene.’  Nora’s son told the New York Times she died in Manhattan of complications relating to acute myeloid leukaemia.-MSN