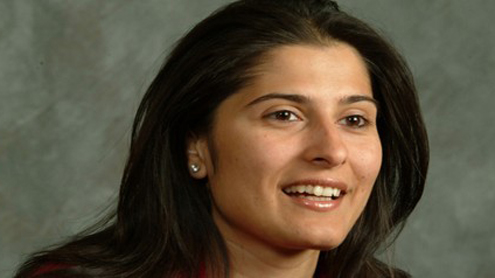 Lahore – It is apparent that one cannot just be popular and not get involved in controversies.

This is exactly what has happened to PakistanŌĆÖs first Oscar winner, Sharmeen Obaid-Chinoy, who has been accused of not providing financial compensation to one of the characters in her documentary that catapulted her into a celebrity status overnight in Pakistan and abroad.
Her documentary ŌĆ£Saving FaceŌĆØ deals with the victims of acid attacks in the country and an attempt to provide them medical help through medication and plastic surgery. The documentary was aimed at showing harrowing effects of this crime on the victims. The story revolves around two such women, Zakia and Rukhsana, and Dr Mohammad Jawwad who came to Pakistan to perform plastic surgery on these women.

Ironically, it is Rukhsana, hailing from Muzaffargarh, a district in South Punjab, who has filed a case against Chinoy in the Multan sessions court. She claims that she only agreed to appear in her documentary after she was offered monetary compensation, but Chinoy did not fulfill her promise and has not contacted her after the release of her documentary, let alone giving her what she was promised.

What Rukhsana is claiming in her suit is not a trivial amount of money. She claims that she was promised a five-marla (126 square-metre) house, Rs3,000,000 and plastic surgery in compensation for her role in the film. But she has been given nothing at all. She has also accused Chinoy of being the main cause behind her eviction from her house. Rukhsana claims this happened because of her working in the documentary and that she is now forced to live a nomadic life with her children.

Sharmeen Chinoy has strongly denied all the allegations, claiming they were baseless. She gave her side of the story and spoke out against her on the social media website Twitter. Ms Chinoy, on her part, does not appear to level any allegations against Rukhsana though it is quite clear that she thinks of her as a victim.Chinoy claimed that Rukhsana was not promised anything by her, but by a donor who had watched the documentary. It was he who had promised her a house only. No monetary compensation was offered as it would have made here even more vulnerable to being exploited by her husband and her in-laws. Pertinent to note is the fact that she still lives with her husband who committed the crime in the first place.-Pakistantoday