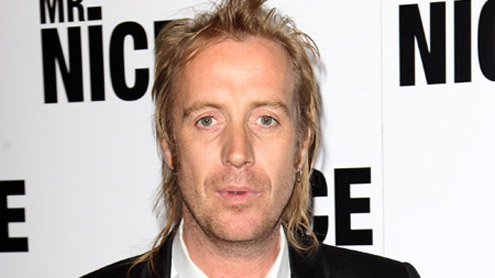 Rhys Ifans and The Amazing Spider-Man cast dug ‘deep into the emotional currency of each scene.

The British actor stars alongside Emma Stone and Andrew Garfield in the upcoming action film.  Rhys believes that director by Marc Webb added layers of depth to the feature based on one of Marvel comic books’ most legendary characters. ‘First and foremost it was a great working atmosphere, like any film set,’ he told Total Film. ‘On a daily basis, with Marc’s [Webb] guidance, we would dig deep into the emotional currency of each scene. So that was enriching in itself, a great working experience.’

The scenic design blew Rhys’ mind. ‘But it was coupled with the fact that you were, for me and I’m sure for Andrew [Garfield] and Emma [Stone], walking for the first time onto set that was so authentic it looked more real than the real thing,’ the star shared. ‘When Sony, with a budget like this, builds a New York sewer, it smells like a sewer. It was just extraordinary. And you can never let that intimidate you, you just walk on as a punter, as anyone would, and go, ‘My god, this is amazing. Someone has made this, built this with such attention to detail.’ So I was just enthralled the whole time.’ The Amazing Spider-Man will be released in U.S. theatres July 3.-MSN