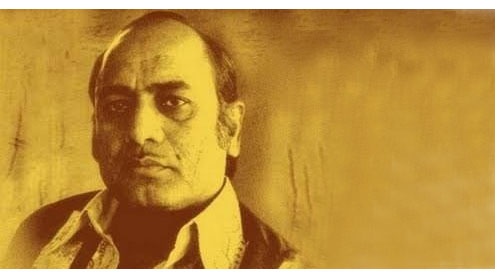 It was in the late sixties that radio became the main medium for infotainment. I used to listen to radio for music, news and radio dramas. Radio Pakistan, unlike now, used to book artists every month for monthly programmes.

It was an honour for every artist to get through the approval process of Radio Pakistan through its tough audition tests. Great music producers used to carry out the job of such auditions. The Radio Pakistan had a cell, Transcription Service, at its Karachi Station for special music and feature programme recordings. Mushtaq Hashmi and I recorded our folk songs ‘Sassi’, ‘Chal Meley Nu Chaliye’, ‘Main Wi Jhok Ranjhan Di Janaan’, etc, there with Ustad Allah Ditta on tabla. During this era of radio, the recordings of Mehdi Hasan at Transcription Service had become very popular.

He introduced the ghazals in a form which was a mixture of thumri and modern shazal style. His soft and soothing voice appealed to music lovers a lot. Singing with instrument Surmandal became his identity as can be seen from the recordings of his ghazals ‘Naavak Andaz Jidhar Deeda-e-Jaana Honge’, ‘Kya Bhala Mujhko Parakhne Ka Nateeja Nikla’ and ‘Kaisey Chupaoon Raaz-e-Gham, Deeda-o-Tar Ko Kaya Karoon’. Two things were very noticeable for a student of music like me, first that his voice was straight whereever a straight note was needed and was perfect in the most difficult of taans and murkis.

Mehdi Hasan’s compositions of his private ghazals, whether composed by him or by others, were usually raag-based compositions. Mehdi Hasan soon became a craze and a trendsetter. Upcoming singers from India, like Jagjit Singh, Hari Haran, Talat Aziz, Anup Jalota and Suresh Wadekar, would invariably follow his style of singing a ghazal, whether consciously or subconsciously. Anup Jalota openly said, on Mehdi Hasan’s death on June 13, that he was not ashamed of the fact that all his life he tried to emulate Mehdi Hasan’s style. Hari Haran told journalist Sharma that he started singing ghazals very seriously after listening to Mehdi Saheb.

He was like a roohani guru (spiritual teacher) to him. He had experienced some amazing musical times with Mehdi Hasan. He is a person who has shown two, three generations what live music is all about, what gayaki is all about; he showed people how to achieve a blissful combination of words and music, Hari said, adding that feniuses like him are born once in a century.

Another quality of Mehdi Hasan was repeating a phrase numerous times while rendering a ghazal live on stage or in mehfils. Secondly his compositions oozed out the exact meaning of the words being spoken. For example, in Mir Taqi Mir’s ghazal ‘Daikh To Dil Keh Jaan Sei Utheta Hei/ Yei Dhuan Kahan Sei Utheta Hei’ on the word ‘Dhuan,’ the notes used by Mehdi Hassan arouse the listener to imagine the actual imagery of smoke going up in the air.

Indian music lovers believe that Mehdi Hasan was more popular in India than in Pakistan. On Mehdi Hasan’s demise, Times of India (TOI) reported that Mehdi Hasan may have not come to Lucknow as a child but the place was surely a part of his soul. The connection between ghazal maestro Mehdi Hasan and the City of Nawabs reflected well in his attitude. The reason behind this association could be his uncle Ismail Khan who is said to have learned Hindustani music at Lucknow’s ‘Bhatkhande Sangeet Sansthaan’.

After learning the basics of music from his father Ustad Azim Khan, Mehdi Hasan was taken under the mentorship of his uncle, Ismail Khan. Like my impression, Indian folk singer Malini Awasthi said, “Thehraao (calmness) and sukoon (serenity) were essential elements of ghazal-singing – and the two characteristics are the spirit of Lucknow. Mehdi Hasan’s silky voice symbolised both these traits.” Malini spent a good time with the singer in London during Zee TV’s song reality show ‘Sa Re Ga Ma Pa’. She added that Hasan’s style was able to win over people mainly because he weaved in beautiful poetry into traditional ragas while keeping the basics of a ghazal intact.

Renowned poet Khushbir Singh Shaad, an ardent fan, always wanted to meet him. His twenty-six-year-old dream was realised when he got a chance to go to Karachi for ‘Aman Ki Asha’ programme. “Though unwell, he met everyone with the warmth his voice is known for. He appreciated some of my couplets but repeated this one several times, ‘Yeh Tera Taaj Nahi Hamari Pagri Hai/Yeh Sar Kei Saath Utregi Sar Ka Hissa Jo Hai,” Shaad told TOI.

My personal memories are in plenty with Mehdi Hasan. As a student of Government College, Lahore, my first exposure to listen to Khan Saheb was at Shakoor Bedil’s house on Cooper Road. Singer Salim Raza also sang in this mehfil. Mehdi Hasan’s entry into Pakistani film industry was cause of gradual exit of crooners Salim Raza and Munir Hussain and alike who were reigning Lollywood till that time.

I was lucky to host PTV’s producer Qaiser Ali Shah’s programme ‘Mehmaan’ wherein my guest was none other than Mehdi Hasan. He spoke about his birth, childhood struggle when he used to work at a bicycle puncture shop, his visit to Lahore to judge the music scene, his temporary migration to Karachi and then return to rule the music world with base in Lahore. These stories have been telecast on air since Khan Saheb expired after protracted illness in Karachi. He shall undoubtedly remain in the hearts of music lovers for all times to come! Mehdi Hasan was bestowed with all the civil awards of Pakistan, like Pride of Performance and Hilal-e-Imtiaz. He toured practically the whole world. He received honours from kings of Nepal and Iran. The list of his achievements is endless. – Dailytimes