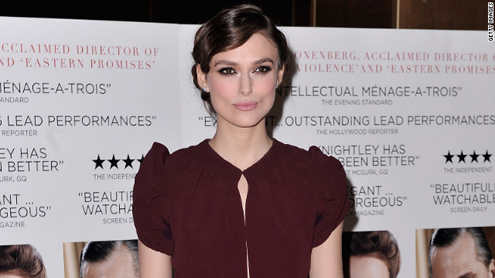 Knightley’s publicist, Sara Keene, said there would be no further details. People Magazine reports the couple has been together for about a year, following Knightley’s split from actor Rupert Friend. Knightley appeared in the “Pirates of the Caribbean” movies and other films including “Atonement,” “Pride & Prejudice,” and “Love Actually.” She also appears as Anna Karenina in the upcoming movie of the same name. Klaxons won the 2007 Mercury Music Prize in Britain for their debut album, “Myths of the Near Future,” which featured the hit “Golden Skans.” Their latest album, “Surfing the Void,” was released in 2010.-Cnn