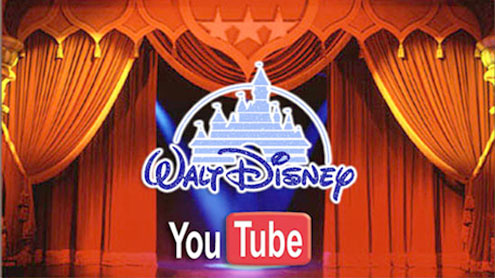 LOS ANGELES: From “Alice in Wonderland” to “Cars,” hundreds of Disney movies are now available for rent on YouTube, the Google-owned site announced on Wednesday.

It’s not quite a Netflix killer yet, but the video site now boasts four major studios among its rolls: Sony, Universal and Warner Bros., as well as Lionsgate.It is all part of YouTube’s ongoing effort to integrate high-quality movies and television shows into a site best known for cat videos and other user-generated content.

In addition to licensing content, YouTube announced plans last month to create dozens of channels with original shows from partners such as Jay-Z and Ashton Kutcher.In the case of the Disney deal, customers will have 48 hours to watch the films, which generally range in price from $1.99 to $3.99 for newer releases such as “Pirates of the Caribbean: On Stranger Tides.”Pixar and some DreamWorks titles will be included as part of the Disney deal. – Yahoonews