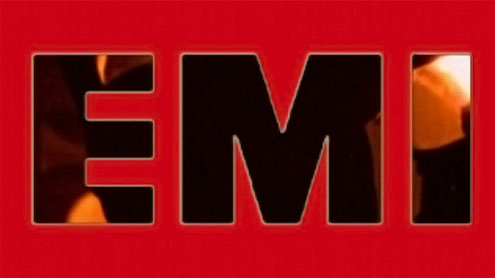 UK music firm EMI has said it will sell its recorded music unit for £1.2bn ($1.9bn) to Universal Music.

Reports have suggested that the other half of EMI’s business – the lucrative music publishing unit – will go to a Sony-led consortium for more than $2bn.EMI, with a history dating back to 1897, is home to artists including Coldplay, the Beatles and Pink Floyd.Citigroup seized ownership of EMI in February after previous owner Terra Firma failed a solvency test.”I particularly welcome the fact that EMI will once again be owned by people who really do have music in their blood,” said Rolling Stones singer Sir Mick Jagger.

The manager of Coldplay also welcomed Universal.”They have assembled the most talented group of executives in the industry today and their success speaks for itself,” Dave Holmes said.Universal Music is a unit of Vivendi, the French media company.EMI’s labels include Blue Note, Capitol, Parlophone and Virgin Records.Labels included under the Universal umbrella are Def Jam, Motown, Decca, Island Records, Interscope Records and Polydor Records.

“For me, as an Englishman, EMI was the pre-eminent music company that I grew up with,” said Universal Music chairman and chief executive Lucian Grainge. “Its artists and their music provided the soundtrack to my teenage years.”He added: “Universal Music Group is committed to both preserving EMI’s cultural heritage and artistic diversity and also investing in its artists and people to grow the company’s assets for the future.”

In June, EMI said it would launch a strategic review into the future of the business, which it said could result in a sale, share flotation, or a restructuring of its finances.Private equity firm Terra Firma, led by Guy Hands, bought EMI for £4.2bn in 2007 just before the credit crunch sent the global financial markets into turmoil.It subsequently admitted that it had overpaid for EMI, and struggled to meet payments on the £2.6bn it had borrowed from Citigroup to fund the deal.Last year, Terra Firma took Citigroup to court in the US, accusing the bank of tricking it into paying an inflated price for EMI. It lost the case, with a jury ruling in favour of Citigroup. – BBC