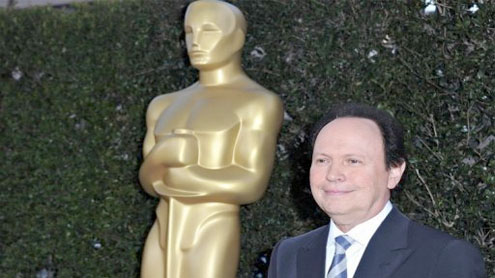 Billy Crystal will present the 2012 Academy Awards after the departure of Eddie Murphy, the original host.

The 63-year-old actor has previously hosted the Oscars nine times, most recently in 2004.”Some of the best moments of my career have happened on the Oscar stage,” he said.Eddie Murphy had previously been scheduled to host the show, but he pulled out following the departure of producer and friend Brett Ratner.Mr Ratner resigned from producing the TV broadcast of the ceremony amid criticism of his use of a derogatory term for gay men.

Crystal joked on Twitter that he is presenting next year’s show “so the young women in the pharmacy will stop asking my name when I pick up my prescriptions”.Academy president Tom Sherak called the actor “a comic legend and Oscar icon.””It feels good to have him back where he belongs,” he added.Brian Grazer, the Oscar-winning producer of A Beautiful Mind – and frequent collaborator of director Ron Howard, will replace Ratner as producer.This year’s ceremony was hosted by the film star duo of Anne Hathaway and James Franco. – BBC