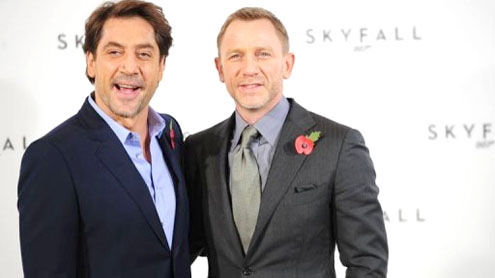 The 23rd Bond film, starring Daniel Craig as 007 for the third time, will be released in late 2012, 50 years after the first movie “Dr No”, American producer Michael G. Wilson said.Filming would begin soon on location in London, Scotland, China and Turkey as the world’s most famous secret agent seeks to track down and destroy a major threat to the British foreign intelligence agency MI6.

The movie would contain “all the elements of a classic Bond movie, including a lot of action,” Mendes told a press conference in London, attended by all the main stars of the film.The “Bond girls” in the movie will be played by French actress Berenice Marlohe, whose character is called Severine, and British actress Naomie Harris, whose character is called Eve.Other British actors in the film include Judi Dench as M and Ben Wishaw.