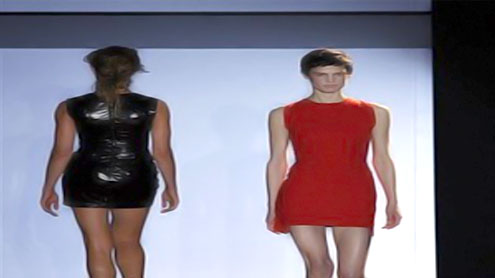 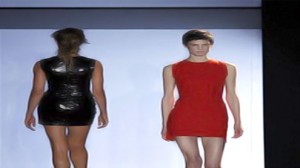 PARIS: Emerging designers fought for the limelight as Paris’ fall-winter 2011-12 read-to-wear shows began on Tuesday, but the surprise sacking of Dior’s longtime designer John Galliano stole their thunder.Word of Galliano’s firing landed as Aganovich presented a fresh, offbeat debut runway show — but many in the crowd were transfixed by the news on their Blackberrys, and got distracted from the blue-themed collection.”It’s a tsunami,” Dana Thomas, a veteran fashion critic and author of luxury industry expose “Deluxe: How Luxury Lost its Luster,” said after the news broke.Christian Dior SA said it had launched layoff proceedings against Galliano following the creative director’s suspension on Friday pending an investigation into an alleged anti-Semitic incident at a Paris cafe. The announcement came a day after a video surfaced showing what appeared to be Galliano in a separate incident telling a cafe patron “I love Hitler.”Galliano is widely considered among the industry’s most talented designers, and the Paris shows buzzed with indignation about his fate, though nearly everyone was quick to denounce anti-Semitism.Some suggested he’d been set up.Antigone Schilling, who writes about fashion for the website slate.fr, voiced the popular opinion that the circumstances surrounding the comments captured on the video, posted Monday by the website of Britain’s The Sun newspaper, should have been taken into account.”He was drunk, he was probably drugged, and the people (in the video) were playing with him,” Schilling said. “He would never have said that under normal circumstances, and we must remember that. We must also remember what he has brought to Dior over 15 years with the house.”Trendy Paris boutique owner Maria Luisa Poumaillou agreed.”He’s a brilliant designer, a wonderful, gentle man and a good friend, and what’s happened to him is really sad,” she said from her perch at Hakaan, the rising Turkish star who was among several designers battling “la scandale Galliano” for media attention.Hakaan delivered a bold, graphic collection of minidresses and low-slung business suit-onesie hybrids in cashmere.Another emerging talent, Italo-Belgian Anthony Vaccarello, showed an all-black collection of tiny cocktail dresses with lacy panels.Design duo Aganovich sent out an all-blue collection of puzzle-piece separates layered onto of one another to create unique, original silhouettes.

In other fashion news on a very busy fashion day, Louis Vuitton announced Paul Helbers was leaving his post as head of the Paris’ handbag maker’s men’s ready-to-wear studio. In a statement Tuesday, the label said Helbers was taking “back his freedom to realize other projects” and will has replaced by Dunhill designer Kim Jones effective immediately.Paris’ 9-day-long ready-to-wear extravaganza moves into day 2 on Wednesday with shows by Dries Van Noten, Damir Doma and Rochas. But with speculation running wild over whether the Dior show will take place as scheduled on Friday, it looked likely that the Galliano controversy would continue to loom large over Paris’ runways in coming days.After wowing fashion insiders with a star-studded Paris debut last season, Hakaan Yildirim delivered another high-voltage show that included top industry names both on and off the catwalk.Reigning top models, including Freya Beha Erichsen, Mariacarla Boscono and Natalia Vodianova, strutted the runway in ultra-short tankdresses worn with bomber jackets with asymmetrical hemlines much longer than those of the dresses themselves and clever jumpsuits that looked like trompe l’oeil business suits, sheered of their fussy closures. Everything was in sumptuous materials, like double-face cashmere and the sheerest of silks.

“These clothes bring a luxe touch to clothes made for women who are working and playing and running and going wild,” said Yildirim, whose hairdo and smiling-faced roundness evoked a placid Buddha.The new darling of French Vogue showed a sex-doused collection of ultra-mini dresses in clingy, sparkly and see-though black fabrics. Shown under dim lighting that had fashion editors straining to get a proper glimpse of the clothes, which under normal lighting would leave precious little of what was underneath to the imagination.A cocktail number with a dramatic V-neck was dressed up with sheer paneling and metal fixtures that looked like safety pins, though it was impossible to tell in that light. Two other models hobbled down the runway in black lace pencil dresses so tight they could take only the most mincing of steps.It was a bold, vampish collection that was sure to look smoldering on whoever managed to wiggle into the clothes. But besides the rail-thin girls at French Vogue, it was hard to imagine who might pull off such a feat.

Ceylon, robin’s egg, navy: At Aganovich, models were awash in blue. For their first Paris runway show, the duo of Serbian-born designer Nana Aganovich and British partner Brooke Taylor refined their puzzle-piece aesthetic, sending out complicated looks that layered the all-azure separates.An abbreviated navy woolen coat sprouted half of a pleated skirt from its belt, and it trailed behind like a cape. A ribbed sky blue sundress had one long, electric blue satin sleeve and was worn with a little harness and half a skirt.For fashion insiders who’ve been drowning in the cookie-cutter commercial wares that dominate catwalks in New York and Milan, Aganovich’s strange and intellectual silhouette was a breath of fresh air – Yahoonews