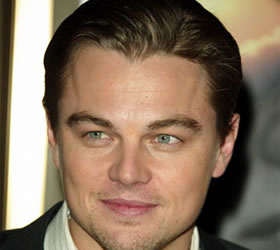 Hollywood actor Leonardo DiCaprio has reportedly bought a $400 tortoise as his new pet.

The “Inception” star enjoyed a day out at the North American Reptile Breeders Conference and Trade Show in Anaheim with his co-star Lukas Haas.

DiCaprio was so taken by a special breed of tortoise he spotted there that he placed an order for one of the animals, reports contactmusic. – Indiatimes